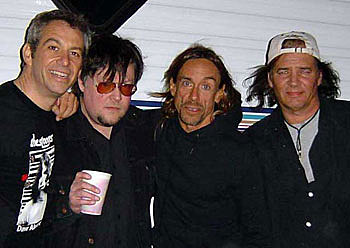 Coachella dates are confirmed. Maybe My Bloody Valentine are playing it. Can you name all the musicians that have reunited at Coachella? List below....

In 2001, the festival organizers were having trouble attracting a major headlining band. Running out of time, they went to friend Perry Farrell, who reunited Jane's Addiction in order to headline that year's event. Since then, it has become somewhat of a Coachella tradition to reunite at least one band for each festival. Although the line between a hiatus and an actual breakup is somewhat blurry, a number of artists are considered to have been reunited at Coachella, or have played Coachella as one of their first major shows after a reunion. The following is a list of performers who reunited or made a big return at a Coachella festival.

2002
Siouxsie and the Banshees

That is from Wikipedia.