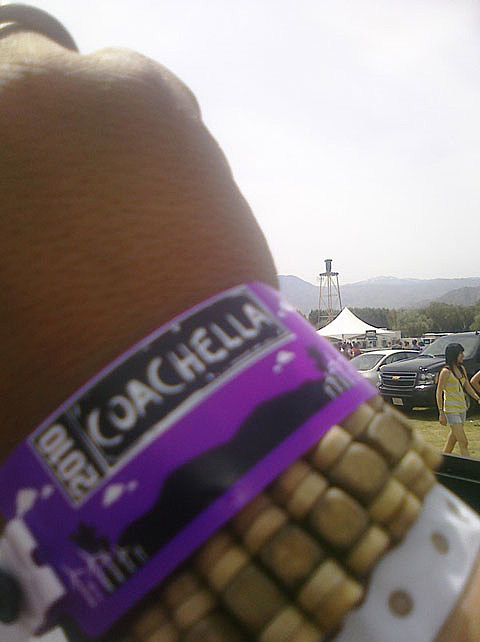 Wow...we [Hypnitic Brass Ensemble] missed our flight to Ireland, some quick thinking got us on a flight to Kerry! We stayed and practiced in Dolans on Monday and then hit the radio and colleges on Tuesday Afternoon. The last two shows in Limerick were aiiight, but fuck, for a Tuesday, this even blew us away, thanks to Joe & his team in Limerick, we really love it here, it just keeps getting better and better.
We should have bought a house here, cause we have more fans and friends here than anywhere in the world...

...Looking forward to Galway & Cork and praying the volcanic ash does not prevent us from getting to Coachella for the Gorillaz show..peace

That's a message Hypnotic Brass Ensemble posted on Thursday. It was confirmed today that the ash did in fact keep them from Coachella. Same goes for Talvin Singh. Along with Gary Numan, Bad Lieutenant, Frightened Rabbit, The Cribs, and Delphic, that's at least seven volcanic Coachella cancellations this year.

That obviously isn't stopping the California festival from continuing. There are more than enough artists to go around, and Frank Turner and RX Bandits just kicked off the second day. You can see the full schedule HERE, and start streaming today's performances around 7PM EST.

Video of Beyonce performing with Jay-Z, and Public Image Ltd performing Death Disco, during their respective Day One headlining sets last night, below...