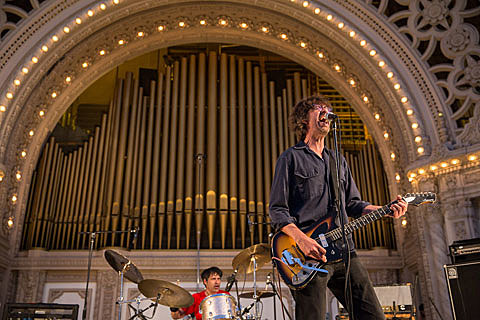 Earlier today, we mentioned the a couple Coachella sideshows (Brand New/Built to Spill/Desaparecidos and Desaparecidos/Touche Amore/Joyce Manor), and now the full schedule of sideshows is here. There's also one with the reunited Drive Like Jehu, one with the reunited Ride and Eagulls, one with Interpol and Perfume Genius, one with Belle & Sebastian and Mac DeMarco, one with Swans and Angel Olsen, one with Father John Misty and King Tuff, two Jenny Lewis shows, a Cloud Nothings show, a War On Drugs show, a Panda Bear show, and still plenty more.

More details at Goldenvoice's website. Full schedule on the poster below... 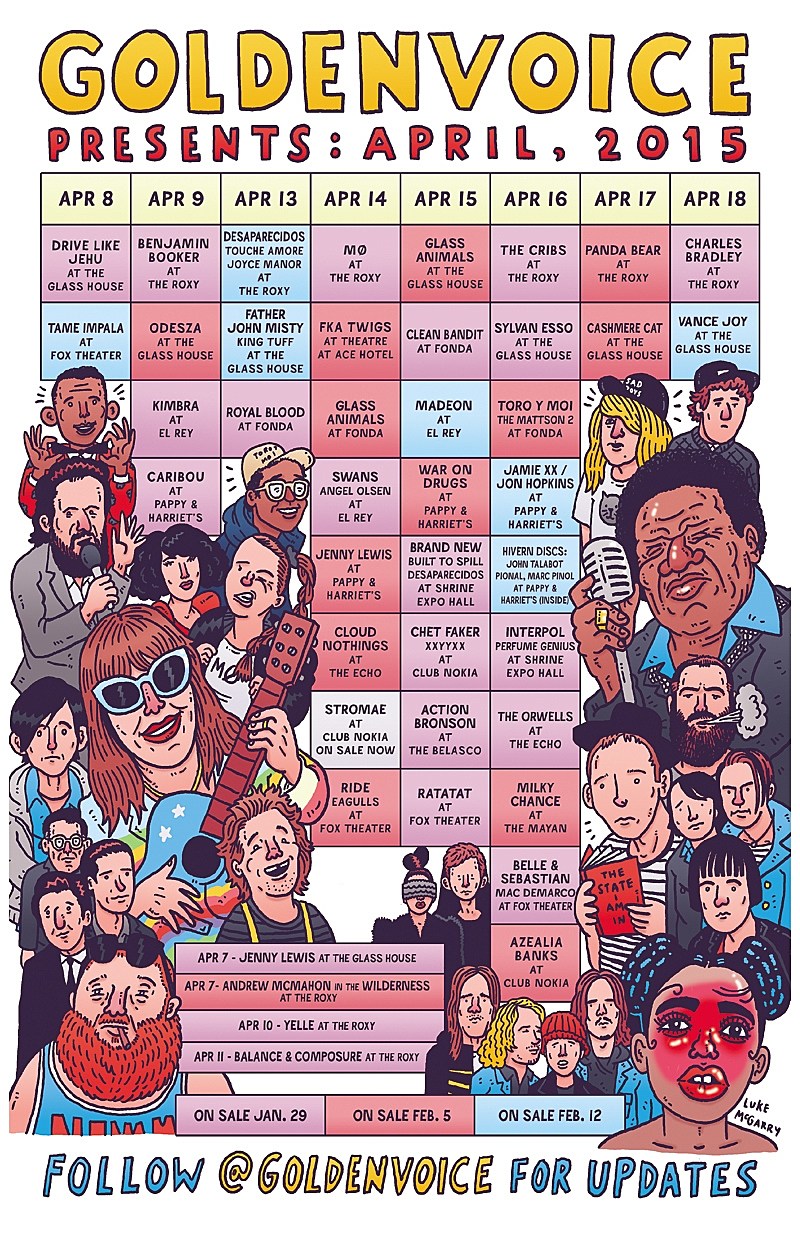