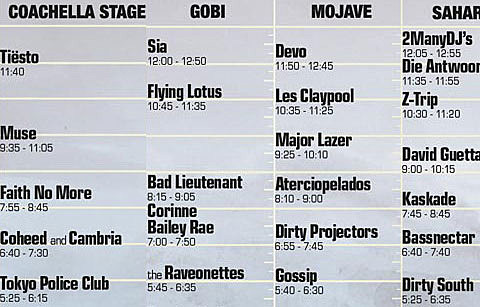 Set times have been announced for this weekend's now sold-out Coachella Festival in Indio, California (April 16-18).

Promoter Paul Tollett of the Los Angeles-based Goldenvoice company said no single or three-day passes will be available at the box office for the festival running Friday through Sunday at the Empire Polo Club in Indio.

In addition, no three-day passes will be pro-rated for people only attending the Saturday or Sunday mix of indie rock, hip-hop and other genres of popular music.

Camping passes were already sold out.

With the set list came the addition of Interscope-signed South African rap group Die Antwoord, who play the fest on Saturday night (as Boing Boing said they probably would when they announced the signing).

For reunited bands Pavement, Public Image Limited, the Specials (on Kimmel tonight) and Faith No More, the fest will be among the first of their US shows, though all have California dates before Coachella. They're all also scheduled to play NYC (with dates that range from next week to September).

Grace Jones was part of the original Coachella lineup announcement, but has since dropped off. Set times posted below... 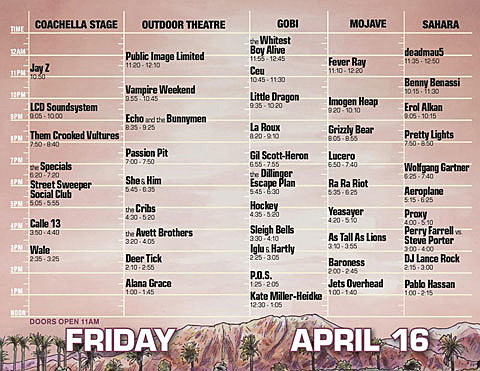 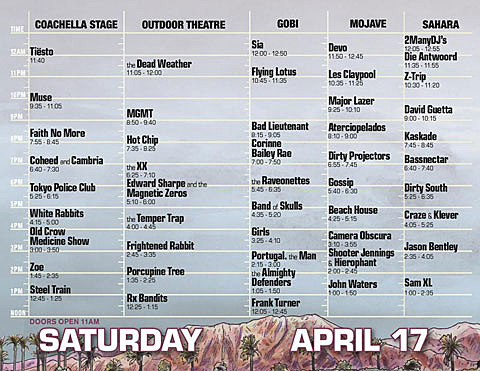 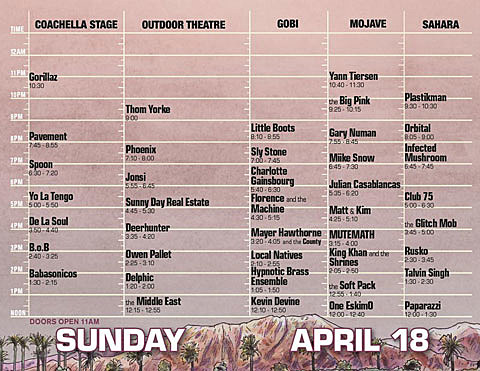