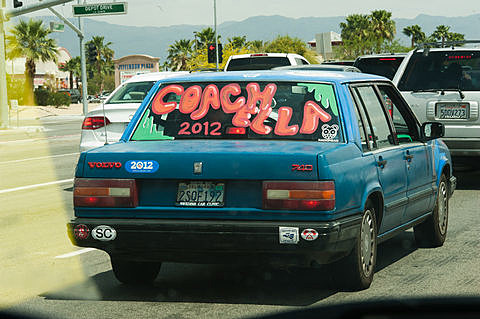 "Promoters of the Coachella and Stagecoach music festivals, two of America's premier music events, are threatening to move the shows -- possibly out of the Coachella Valley -- if a proposed admissions tax is enacted by the host city.

Goldenvoice president Paul Tollett said next year's festivals would be the last in Indio.

The threat comes in response to a string of text messages obtained by The Desert Sun in which Goldenvoice vice president Skip Paige tells an Indio official that organizers are seriously considering moving the festival out of the city.

"If the tax initiative of putting $4million to $6 million onto Coachella gets on the ballot," said Tollett, "we're going to take off 2014; 2015 we'll be at a new facility outside of Indio." [Desert Sun]