...from the comfort of your own computer 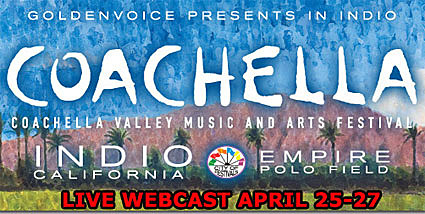 I don't think the Jack Johnson thing is going to get old at least until this summer's Jack Johnson-heavy festival season is over. Actually it just keeps getting better and better:

Go Backstage with Jack Johnson at Coachella Get a head start on blue room's weekend long live webcast of Coachella. On the morning of April 25th, have breakfast with Jack Johnson LIVE from the grounds of Coachella! Log on at 11:00am (ET) to see Jack take the stage for intimate backstage interviews and an acoustic performance featuring songs from his new album, Sleep Through The Static, available now at all retail locations!

If you can't make it in the morning, make sure you log on to watch the Coachella webcast ALL WEEKEND LONG for a second chance to see Jack's performance!

That AND Portishead, Hot Chip, Animal Collective and more will be streaming at AT&T Blue Room this weekend (thx Hiro).