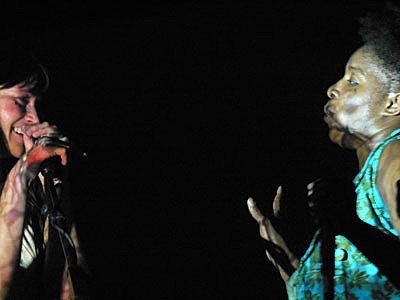 CocoRosie was the first group I saw play at Pop Montreal this year (Sept 29, 2005). They opened for Antony & The Johnsons to a capacity crowd at Montreal's La Tulipe. I've seen them a bunch of times. This was the best one. No CocoRosie show ever seems to have the same linuep. They're always pulling in special guests and friends. This one was limited to the Cassidy sisters and one other (rapping/beatboxing) person (top pic, right). Antony didn't join them on stage for Beautiful Boys, though they did later join him on stage. 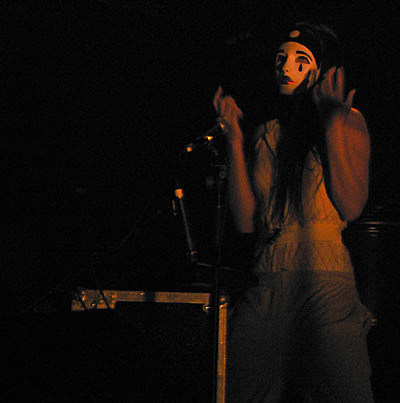 Sometimes you need to get away for a better perspective.
a) The crowd was going nuts for them. (not everyone's a hater)
b) Montreal crowds generally go more nuts. (not everyone's a New Yorker)
c) CocoRosie were confident & appreciative (NYprobably makes them nervous) 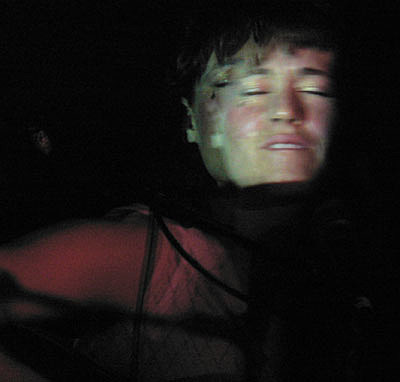 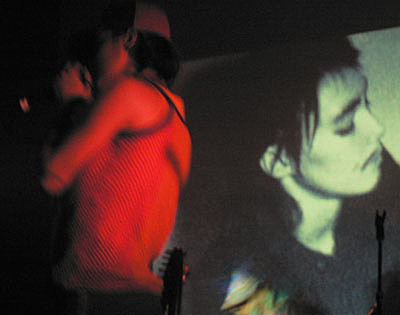 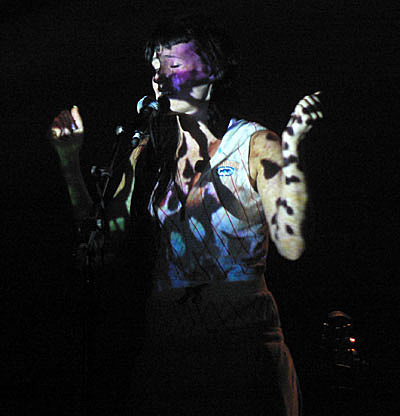 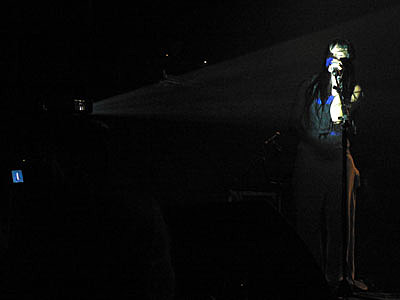 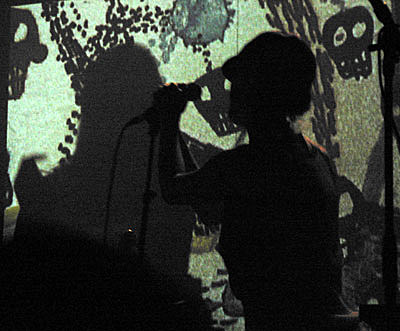 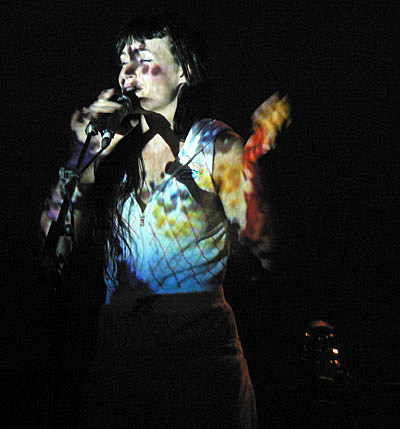 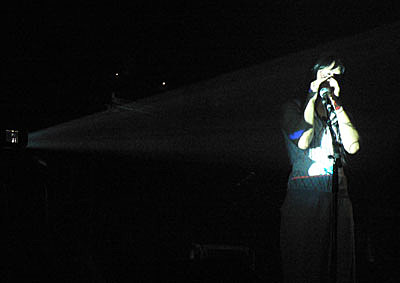