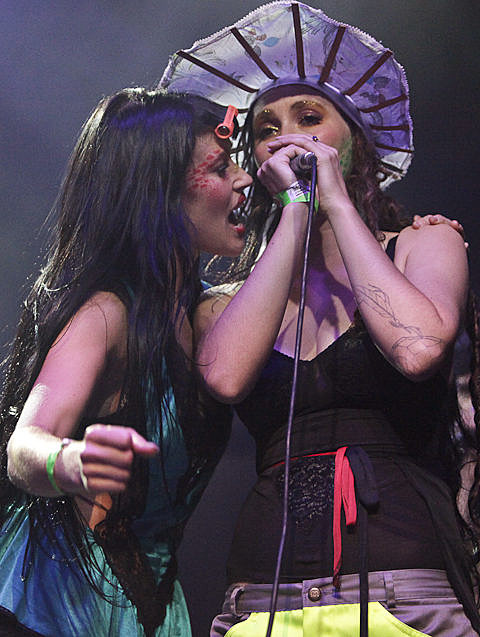 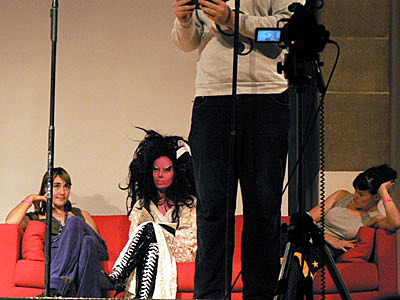 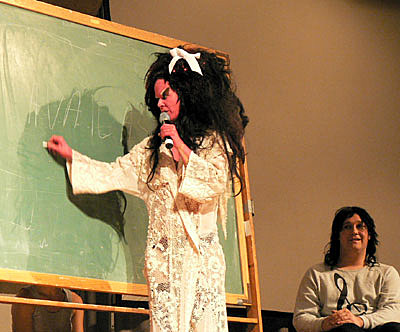 Cocorosie have been somewhat quiet in 2014 after a very active 2013 that saw the sisters release a new album, tour Europe, play a small show at Paper Box, a big show at Webster Hall as part of another tour, and a free show at Brooklyn Bowl. They also played Webster Hall in 2012.

This month (on 8/23), you can catch them at the First City Festival in Monterey. It was their only scheduled 2014 date until now... Bianca and Sierra Casady will return to Webster Hall in NYC on September 7 (SOON), and with a very special show! They're getting the gang back together. The official NY show billing is: "CocoRosie with special guests: Antony & Kembra Pfahler And The Girls Of Karen Black, and guest Artist/DJ Johanna Constantine." If you're a fan and familiar with all those names, you're probably already clicking the ticket link. An exclusive BrooklynVegan presale starts NOW (8/12 at noon) and runs for 24 hours. The password is FUTUREFEMINISM. if you miss it, general sale begins Wednesday.

The NYC show is a benefit "in support of their upcoming exhibition FUTURE FEMINISM at The Hole on the Bowery (Sept 11-27)." That will feature "13 nights of lectures, conferences and performances in the gallery space". AND:

These 5 artists (Antony, Kembra, Johanna, Bianca & Sierra Casady) have developed a series of vivid tenets for FUTURE FEMINISM during 3 years of intensive retreats. Collectively, they represent a frontier feminist point of view. FUTURE FEMINISM is a call to arms to reorganize ourselves as a species and affirm archetypally feminine values. Tenet Number 1: THE SUBJUGATION OF WOMEN AND EARTH IS ONE IN THE SAME

For as long as I can remember, I've associated Cocorosie with their friend Antony Hegarty, in part thanks to Devendra Banhart. Antony's fame increased Cocorosie's fame, and they've opened for him countless times, collaborating all along the way. Antony, who appears on at least three Cocorosie albums, is that way with his artistic friends, and they're that way with him. Take Antony's 2005 Bowery Ballroom show as an example. At that one Antony joined Cocorosie for a song during their opening set which was before an interpretive dance by Antony's old friend Johanna Constantine which was before Antony's set which included guest appearances by both Boy George and Rufus Wainwright. The colorful Kembra Pfahler-led band The Voluptuous Horror of Karen Black covered an Antony song that same year which is the same year Antony, Kembra and Cocorosie got together for a creativity conference two days after Antony played Carnegie Hall with special guests Lou Reed (RIP) and Jimmy Scott (RIP). The list of examples like that goes on. Webster Hall in September will be a special one.

In related news, visual art by Antony will be on display as part of a group show called 'Works on Paper' at Sikema Jenkins Gallery (Sep. 2nd-Oct. 4th).

Related videos and songs and show flyer below... 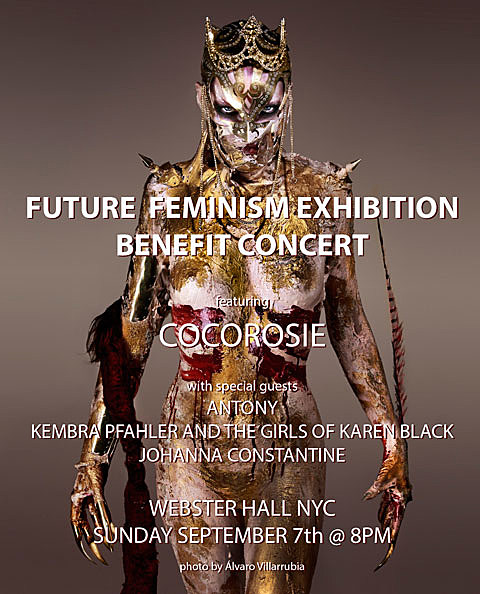 Antony and the Johnsons - Epilepsy Is Dancing (starring Johanna Constantine)

Kembra Pfahler and The Girls of Karen Black - Participant Inc.