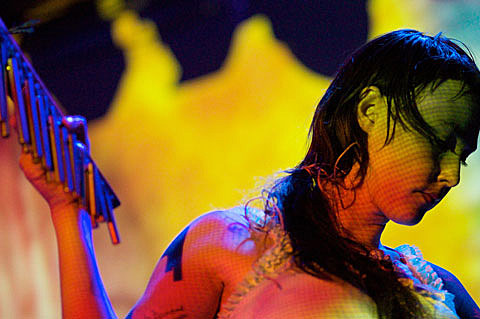 Most notably, in addition to those, CocoRosie play Glasslands on May 23. At the moment it is their only US show before heading to Europe for a July tour. Openers TBA. Tickets are on sale now.

Meanwhile, Princeton play Glasslands on Wednesday, May 11 with High Highs, New Villager, and Ivana XL, before they open for CSS and Sleigh Bells at Music Hall of Williamsburg (5/12) and Bowery Ballroom (5/15). Tickets are on sale now.

High Highs also play a show on May 19th with Acrylics and Junip at Bowery Ballroom, and they open for Memoryhouse at two NYC shows in June. All dates are listed below.

Xylos, McDonalds, Mansions & Junipers, and Flashlights are playing Glasslands on May 12. Tickets are on sale now. 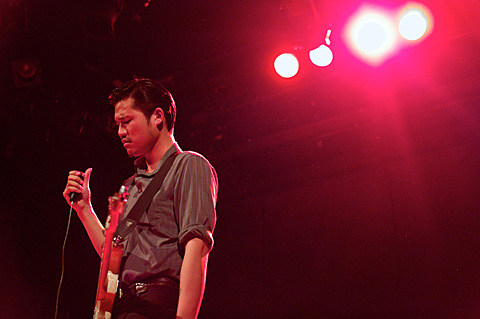 Dirty Beaches plays Glasslands with Psychedelic Horseshit, Pterodactyl, and Beige on May 13 (tickets), a day after they play Mercury Lounge with Widowspeak (5/12). All tour dates, South Street Seaport included, are listed below.

White Mystery, who just released their sophomore full length Blood & Venom, play Glasslands on May 17 as the kick off to a 5-night NYC run that looks like this:

Tickets for the Glasslands show are on sale now. All of their dates and a NYC show flyer, below.

My Teenage Stride play an early show at Glasslands on May 21 with Sea Lions, Beachniks, The Surprisers, and Plains. No advanced tickets for that one, or for the free show they're playing at South Street Seaport this summer.

Unknown Mortal Orchestra, who are currently on tour with Portugal. The Man and Telekinesis play their own show at Glasslands on June 4, one day after they play Webster Hall with those bands. Unknown Mortal Orchestra are releasing their self titled debut on June 21 via Fat Possum. Hear three songs off the album on Fat Possum's website. Tickets are on sale now for the Brooklyn show with with Balkans + more TBA. Updated dates are below.

The Beets (maybe you saw them Saturday at Cake Shop) play Glasslands on June 24. Openers TBA. Tickets on sale now. Meanwhile they are out on tour. 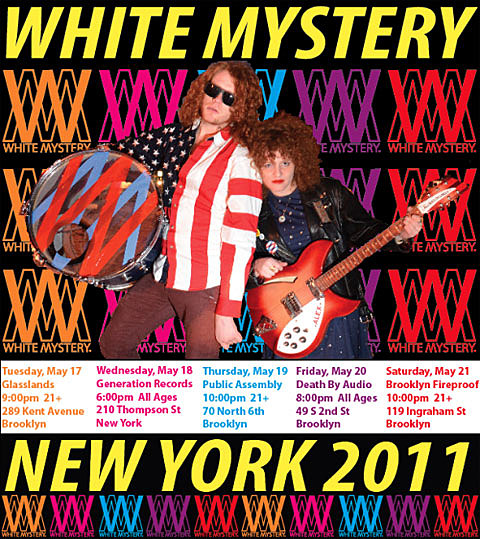