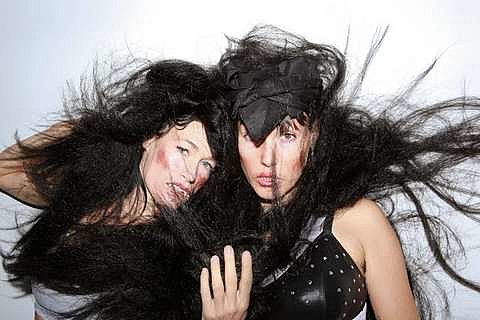 It's been two years since Cocorosie's last album, the wildly divisive Grey Oceans. The Casady sisters are back with a new David Sitek-produced single, "We Are On Fire," which was released this week on Touch & Go, the label's first release since cutting distribution in 2009. There is a striking (and expensive-looking) new video for the song as well, directed by Emma Freema, which you can watch below. The single's b-side, "Tearz for Animals," features vocals by Antony Hegarty and you can stream that below too.

While no East Coast dates have been announced, Cocorosie do have a few California shows lined up and those dates are below.