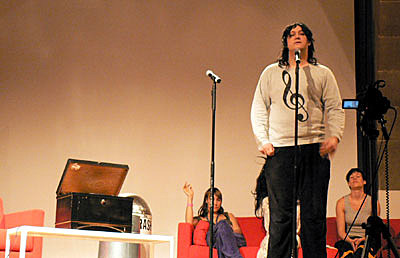 Cocorosie has always been a polarizing force - not as love-them-or-hate-them as their friends Antony, Joanna Newsom and Devendra Banhart, but definitely a band that generates a lot of disdain among music fans. This is especially true in the U.S. In Europe, especially France, they seem to more often adore Cocorosie. When I saw Cocorosie open for Antony in French-speaking Montreal, the crowd even gave the Cocorosie Cassady sisters an amazing reception - something I wasn't used to as a New Yorker. U.S. music fans are more likely to use words 'art school' and 'pretentious' when describing Cocorosie. The Cassady sisters don't help the matter by aligning themselves with the controversial Williamsburg, Brooklyn "Pumpsta" scene.

I'm personally somewhere in the middle. I kind of have/had a fetish for all things Antony-Devendra-Cocorosie-Newsom - the extremity of it has worn off a little, but I still support most of Cocorosie's endeavors - I play their music on my Sirius radio show, regularly post their tour dates, and am quick to explore anything else they have going on like their record label & store Voodoo-EROS, and their side project Metallic Falcons. I enjoy their music, but don't often find myself listening to their albums. I am not offended by their live shows, but sometimes do wonder how authentic they are. Overall I am more FOR them than against them. Sometimes that makes me feel alone - especially among those closest to me. ha.

Pitchfork was sort of on Cocorosie's side when Sam Ubl gave their 2004 Touch & Go debut La Maison de Mon Reve a 6.9. Sam was much less kind in 2005 when the score for Noah's Ark came in at a 3.4, and now - for their brand new album The Adventures of Ghosthorse and Stillborn - an album Drowned in Sound called "a sure contender for album of the year" - Cocorosie received a lowly 2.3.

...Too bad it seems as if the more self-impressed CocoRosie sisters Bianca and Sierra Casady get about transcending genres, the less patience they have for mere mortal concerns like, um, songs. True, Ghosthorse and Stillborn begins with CocoRosie at their most radio-ready, on single "Rainbowarriors" (MP3 above), where Bianca speak-sings impishly about finding "the rainbow trail that's deep inside ya" over beatbox schmaltz. It's something like Vitamin C's 1999 Top 40 hit "Graduation (Friends Forever)", only with neighing horses, buzzing synths, and Sierra's operatic soprano instead of Pachelbel-derived orchestral Radio Disney pomp/circumstance....

On the other hand, Joanna, Devendra, and Antony and his Johnsons have all received the "Best New Music" title at least once. I'm not implying there's anything more to this than Pitchfork's honest assessment of all albums involved (feel free to in the comments though). I'm really just setting the background for what came next.... 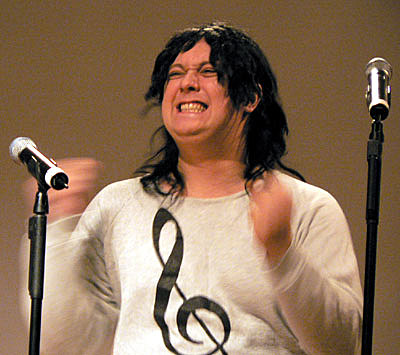 I have a musical crush on Antony, but, factual errors aside, I don't believe any musician should ever take on a critic. Where's it going to get you? You'll always look bad except to your most die-hard fans.

I'm also not sure if it is ethical to publish (theoretically) private letters on a blog. I'm not sure if it's even allowed - especially if the letters were written to and/or on behalf of your employer (is it OK Gawker?).

That said, I considered not posting this at all. Honestly, I'm not sure why Marc Hogan was allowed to post letters from Antony to Pitchfork on his personal blog....

I am writing in regards to the very unpleasant review of Cocorosie's new album that was printed in yesterday's Pitchfork.

I was bitterly disappointed when I read it. It was filled with inaccuracies. For instance, I do not even appear on the record, and yet Hogan snidely referred to a guest appearance he somehow imagined I had made.

But It is an album I would have been proud to be a part of. Please assign writers who are open and receptive to understanding the work of America's more challenging young artists, instead of printing reviews that try to cover up their lack of comprehension with bad wit and cynical one-upmanship. We desperately need artists who will take risks and put their hearts forward in this cultural climate, now more than ever. Why would you print a review that only seeks to oppress performers who are among those taking some of the biggest and most generous risks?

Please assign writers with some sense of vision to review Cocorosies work in the future. Marc Hogan, a financial analyst (!!), is completely in the dark about Cocorosie; he cannot even fathom their intent or the usefulness, the generosity, and the deep originality of their work. I remember the Pitchfork review of their last album in which the writer even admitted that he was panning the album simply because he didnt understand it. Cocorosie are a brave pair of visionary young Americans who are pushing the dialogue forward. They are treasured by their peers, many of whom are artists that you have written about with respect, and by audiences around the world. We all read Pitchfork, and rely on it as an important outlet of information for independent artists. Please rise to the challenge and represent Cocorosie fairly, instead of publishing checklists of incomprehension that are tinged with misogynist resentment.

I did send an email that was a little hot under the collar to Marc Hogan, which should be laughed at and disregarded. I send this now to you now in all earnestness.

The other letters, and Marc Hogan's thoughts on on this matter, at his personal blog.

BUT WAIT? What does this post have to do with the wombat-loving Mountain Goats (aka John Darnielle)? 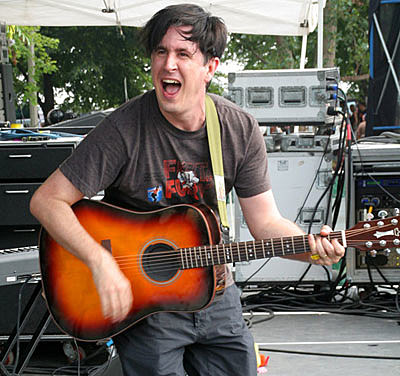 WELL, as we already knew, John - owner of "one of the best music blogs on the interblock" according to Pitchfork - LOVES Cocorosie. He loved them in 2006. He loves them in 2007 - John recently blogged:

....Still. Objections constitute dialogue; Lou Reed used to know this & it's why he owned the seventies. The Adventures of Ghosthorse and Stillborn is my favorite album of the year so far. At its lyrical best, it inhabits its own country, unashamed of real poetry and willing to put in the hard work necessary to inhabit a space unlike anybody else's.

Now let's all love one another..

I love John because of the following awesome upcoming shows:

** with Nothing Painted Blue's Franklin Bruno AKA an Extra Glenns reunion
* with Peter Hughes, Perry Wright
# with Superchunk

I love Antony for playing with Bjork. 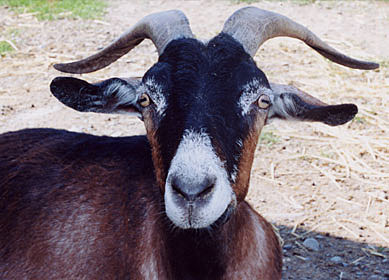 More pics of Antony & CocoRosie - like those you see above - here.