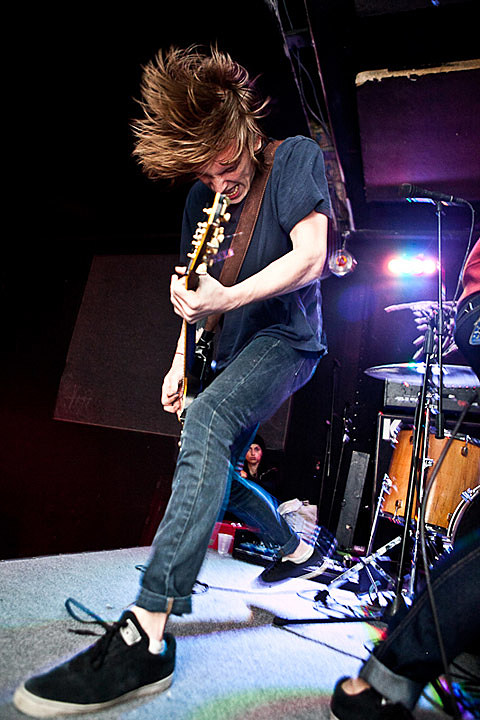 Code Orange Kids have spent a lot of time on the road in 2012, but the Pittsburgh hardcore/grind quartet managed to make time in the studio too, as the'll soon release Love Is Love // Return To Dust, the band's new Kurt-Ballou-produced LP due via Deathwish Inc on November 20. In all of their recent appearances (including our own SXSW day party), COK have shown tons of promise as a live band and Love mirrors those efforts. It's clear that the band grew up with Converge, but more importantly, Converge's sense of freedom to push boundaries. This is a young band, which makes Love Is Love // Return To Dust all the more compelling to listen to. Stream it in full below.

Code Orange Kids are teaming with another promising batch of young'ns, Full of Hell, as part of a string of dates with Gaza. The shows include an NYC stop at Acheron on 11/24. Tickets are still available.

Stream all of the band's LP and check out their new video for "Flowermouth (The Leech)" below.