Code Orange at Acheron in 2012 (more by Fred Pessaro) 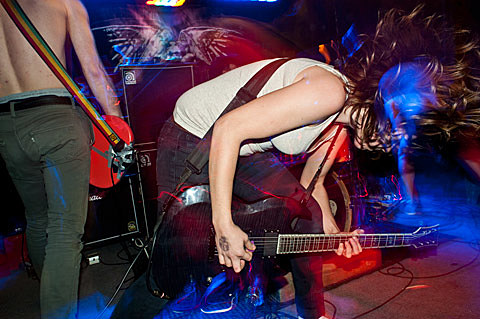 Code Orange (Kids) are releasing their new Kurt Ballou-produced LP, I Am King, on September 2 via Deathwish, and two songs from the album have come out since we last spoke. New single "My World" just premiered over at Alternative Press and it can be streamed, with the video for the title track, below. From the sounds of things, the band is getting more aggressive, and moving from their hardcore/post-hardcore roots into 2000s alternative metal territory. Check it out for yourself.

The band have also expanded their tour to include a run with Twitching Tongues (who are streaming their new live album on Decibel who compares them to Integrity meets Life of Agony). That tour hits NYC for a very small show on October 10 at Palisades with Soul Search. Knowing Code Orange's reptuation for crazy live shows, and the size of this place, be prepared for this show to get nuts. Tickets for that one go on sale Friday (7/18) at 10 AM.

Code Orange's previously announced dates with Killswitch Engage and Ringworm also include a show near NYC on Sunday (7/20) at The Loft in Poughkeepsie (tickets). Also, all three of those bands (as well as Twitching Tongues) play This Is Hardcore in Philly.

All dates are listed, with the song stream and video, below... 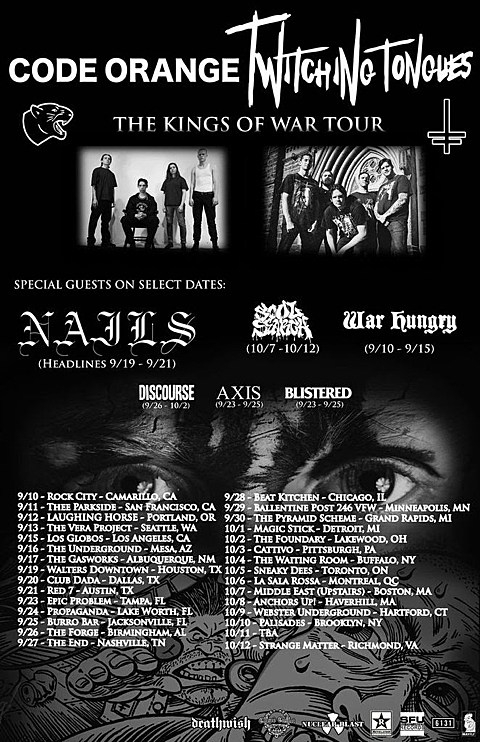