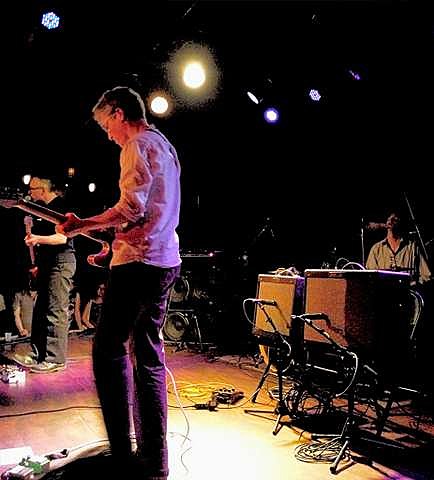 As mentioned, reunited slowcore vets Codeine scheduled two NYC shows this summer, one being the Bell House show which took place on June 29, and the second being Le Poisson Rouge, which goes down this Sunday (7/15). As discussed in our recent interview with the band, these few reunion shows are pretty much it for the band, so catch them while you can. Tickets are still available for the LPR show. Animal Hospital opens.

The NY Times were at the Bell House show in June and spoke pretty positively of it:

Codeine had some antecedents, from Pink Floyd and Neil Young -- Mr. Immerwahr shares his high-tenor register -- to the arty post-punk of bands like MX-80 (whose song "Promise of Love" was part of Codeine's set), but it forged its own sound. Its songs start out quiet and sparse, only to gather volume and gravity, crashing and tolling, yet somehow staying austere, even diffident. They crest and then fall away, often with a lingering instrumental coda, ending up no more fulfilled than they were as they began. The music was grunge's withdrawn, desolate cousin. The era's preferred suffix was "-core," so Codeine was tagged "slowcore" and "sadcore," mini-genres that would be continued by bands like Low and Red House Painters after Codeine disbanded. By the time Codeine made its second album, "The White Birch," released in 1994, Mr. Brokaw had already moved on to his next band, Come.

Nearly two decades later Codeine still sounds obstinately estranged. Onstage the band members were studious, concentrating on music that would expose any mistakes. Codeine played its old songs virtually note for note, with their tempos still inexorable, their spaces still gaping and their moodiness precisely measured, from the barest guitar strum to a hard-won full-band eruption.

At the Bell House show, Stephen Brodksy of the band Cave In (named after the Codeine song of the same name) joined them on stage to perform said song. Check out a video of that performance and the setlist from the Bell House show below. 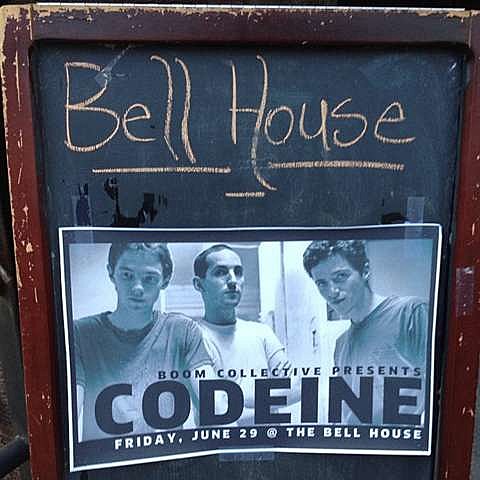