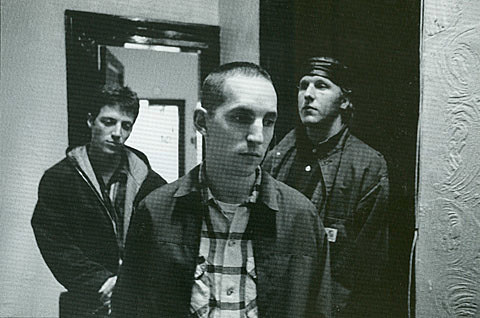 On the weekend of the 25th-27th May 2012 at Alexandra Palace, London, All Tomorrow's Parties will present the second UK I'll Be Your Mirror event. Tickets are on sale via ATPFestival.com from Friday 11th November at 10am.

ATP are incredibly excited to announce that this year the event starts on Friday 25th May when the incomparable SLAYER will present their undisputed classic Reign In Blood live in it's entirety during their headline set to celebrate it's 25th anniversary! Released in 1986, it is widely considered one of the greatest albums of all time - in 2006 Metal Hammer named it "The best metal album of the last 20 years." Joining Slayer on Friday night are influential doom metal trailblazers SLEEP - this will be their first UK visit since reforming for two amazing ATP festival shows in 2009, and legendary Washington sludge group MELVINS, with more to be confirmed.

On Saturday 26th May, the first ever ATP festival curators MOGWAI will return to headline, and to curate the rest of the day's line-up - this will be their only show in England in 2012 and their first choices to play alongside them are another great Washington band in the form of the fantastic MUDHONEY, and playing their first shows since 1994 with their original line-up in anticipation of also re-issuing their astounding back catalogue, reformed slow-core heroes CODEINE return to the UK. More of Mogwai's choices are to be confirmed very soon.

While any festival that features Slayer playing Reign in Blood in its entirety along with Sleep & Melvins is an absolute mind-blower, the really impressive addition in this announcement is the reunion of the great Codeine! The slow-core greats passed this mortal plane in 1994 after five years as a band and the release of their final LP The White Birch for Sub Pop. The band says:

"These are Codeine's first public performances since 1994. We are performing to celebrate the release of WHEN I SEE THE SUN - the reissues of all our music by the esteemed NUMERO GROUP, of Chicago, Illinois, coming in the spring of 2012. The 3 albums will be released as vinyl double albums, which will include compilation tracks, 4 track demos, peel sessions, and entirely heretofore unreleased songs. The six albums will also be released as a limited edition boxed set, possibly with a bonus 7-inch. Our hope is to make our music and legacy available to all who are interested. To spotlight this release, we will be performing a very limited series of concerts in the US, UK and Europe.

In related news, Mogwai released multiple releases by UK's Part Chimp on their own Rock Action imprint. TONIGHT (11/9) marks the band's last ever NYC appearance (they are calling it quits after this tour) as part of a round of dates with Torche. Tickets are still available for tonight at Mercury Lounge.

Slayer played Fun Fun Fun Fest in Austin on Sunday (and they got everything they needed). Pictures from their set are HERE. Their setlist is below...