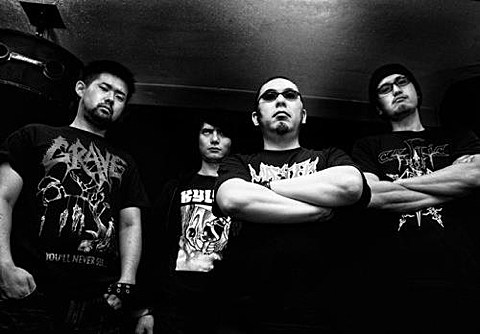 Japanese doom/death collossus Coffins are coming stateside for a US tour in early 2016. Most of the dates will be on the west coast with California sludge outfit Noothgrush, but they'll be playing a one-off east coast date in NYC at Saint Vitus on February 15. Noothgrush aren't opening that one (no word yet on who is), and tickets aren't yet on sale but they should be up soon via Ticketfly.

Coffins released a new EP called Craving to Eternal Slumber earlier this year, and they have a split with DC death metal crew Ilsa in the works, which should see release on Relapse in 2016.

Check out all tour dates and stream the EP below...