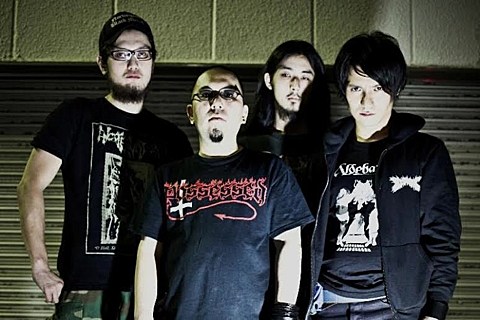 May is always a good time of year for North American metal tours. Maryland Deathfest brings a lot of international bands into the States, and many of them elect to spend some time on the road before or after the festival once they're on American soil. This year's crop already includes the likes of Ulcerate and Cripple Bastards.

The excellent Japanese death/doom crew Coffins are on board for a brief pre-MDF US tour now as well. They're only playing four pre-MDF dates (all with Bones), and one of them is a NYC stop at Saint Vitus on 5/20, with Seven Sisters of Sleep and Ilsa in support. No tickets on sale yet, but keep an eye out.

Coffins have appeared at MDF before, and their live set is considerably more devastating than their studio material. Stream their latest album (2013's The Fleshlands) in full and check out all of their North American dates below...