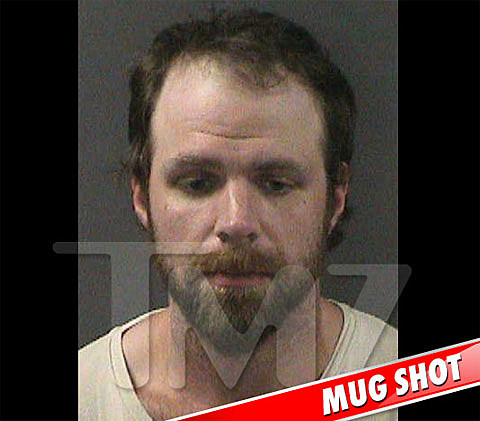 "Just hours before his band was to open for Soundgarden on Sunday, the bass player for Coheed and Cambria, the alternative rock band from Nyack, N.Y., was arrested on charges he robbed a pharmacy in Massachusetts to get prescription painkillers, the Associated Press reported.

The police said the bassist, Mike Todd, entered the Walgreens pharmacy in Attleboro, Mass., on Sunday afternoon and showed the pharmacists a note on his telephone claiming he had a bomb. Mr. Todd, who is 30, was said to have demanded six bottles of OxyContin and then caught a cab to the Comcast Center in Mansfield, Mass., where his band was to play the opening set before Soundgarden took the stage. He was arrested at the concert hall before the show and charged with armed robbery and possession of a controlled substance, the police said. The band played without him." [NY Times]

The band have found a new bassist which means the Jones Beach show on Saturday was Mike Todd's last.

Update: Pictures from the Jones Beach show (though none of Coheed), HERE.