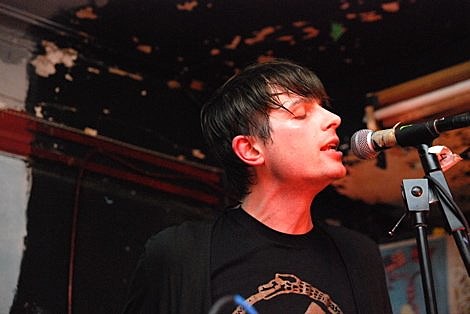 Cold Cave and a surprise headliner will top a free concert on Saturday, April 24th at Solar One (same location as the annual CitySol, 23rd Street at East River) as part of NYU Earth Week. Also on the bill are lightly orchestral, layered pop band North Highlands and echo\y, tuneful Oberhofer. The show starts at 4pm and Andrew WK DJs between bands. The headliner will be announced the day of the show.

Columbia University is hosting a show with Of Montreal, Wiz Khalifa and Ghostface Killah the same day.

Also NYU-related is the annual Strawberry Festival on Friday, April 30th, noon to 4pm, outdoors on LaGuardia Place between W 3rd and 4th Sts. The show (an "NYU only event") includes music from Hop Along, Little Lungs, Fiasco, Screaming Females and Japanther.

Video from last year's Strawberry Fest and a recent gig by Japanther at Party Expo are below...