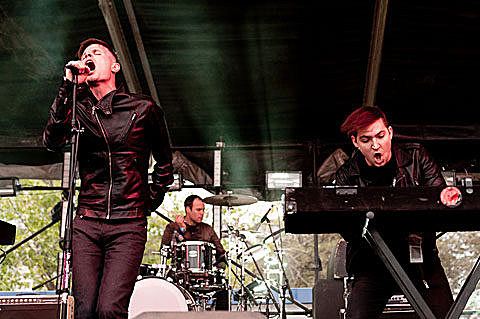 Cold Cave in NYC 27 April
The CCC has confirmed that the information listed on the Matador website is indeed true...

Cold Cave will be playing at The Solomon R. Guggenheim Museum in Manhattan on Friday 27 April 2012

No further information has been confirmed at this time. This information is not listed on Cold Cave's site, nor is it listed on The Guggenheim's calendar of events. Any updates will be posted promptly

Stay tuned for more info if and when it is ever announced...

In other Matador Records band news, Ceremony are now streaming their new album "Zoo" over at SPIN. The record is out March 6th which is also when the band will start playing some shows in California, eventually making their way to SXSW where they'll play the BrooklynVegan/Power of the Riff party at Scoot Inn. All of their tour dates are listed below...