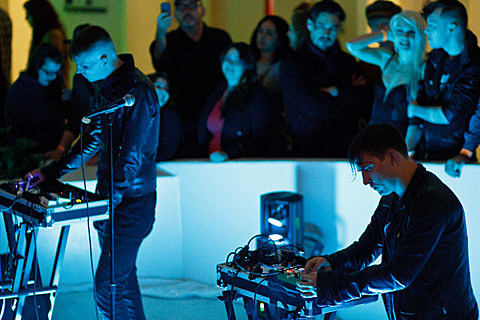 Cold Cave, whose last NYC show was at the Guggenheim, will return to the club circuit for their next NYC show which is at Europa on June 14th as part of the Northside Festival. Tickets for that show go on sale Thursday (5/24) at noon or you can try to get in with your Northside badge. Details on support are still TBA.

In related news, Dominick Fernow (Cold Cave, Prurient) has launched his own label, Bed of Nails, which is an imprint of Boomkat. The inaugural release for the label will September Cell (out June 18), the new EP from Fernow's industrial project Vatican Shadow. Dominick Fernow is also the owner of Hospital Productions, which closed up its NYC store late last year.

Stream Vatican Shadow's Kneel Before Religious Icons, which was recently reissued by Type Records, below.