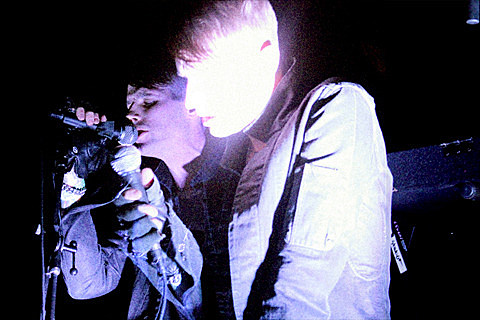 The Red Bull Sound Select series of NYC shows continues this month with an East Village Radio curated show at Tammany Hall on November 20. Cold Cave will headline the show which will also features sets from local-ish acts Bad Girlfriend, Young Boys (who we've profiled), and Nothing (who played one of CMJ-week parties last month). Like all RBSS shows, this one is $3, but they're now requiring RSVP (or else it's $10). Keep your eye on RBSS's site for the RSVP link to appear. Check out the flyer below.

The next Red Bull Sound Select show anywhere, is in Austin Saturday as part of Fun Fun Fun Fest and Lee Fields is headlining that one. Jesse Ware does LA on 11/19 (Small Black recently did Dallas) (Debbie wasn't available).

Cold Cave, who've been trickling out songs over the last few months, last played NYC in September when they were at Glasslands. If you haven't heard Bad Girlfriend, the garagey quartet are currently working on their debut LP with Rewards' Aaron Pfenning at the controls and you can stream a few tracks below. Nothing will be touring with Weekend in January.

The last BrooklynVegan-curated Red Bull Sound Select show was last month at MHOW with Brian Fallon of The Gaslight Anthem, The Bouncing Souls, Aye Nako and Nude Becah. Our next one is in January. Stay tuned for more info on that.

East Village Radio is also the home of the Invisible Oranges radio show. Head to IO for this week's playlist and a link to the stream. 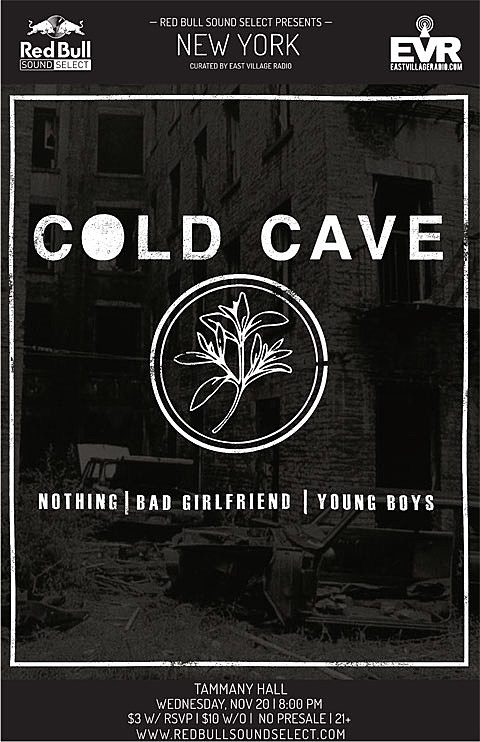