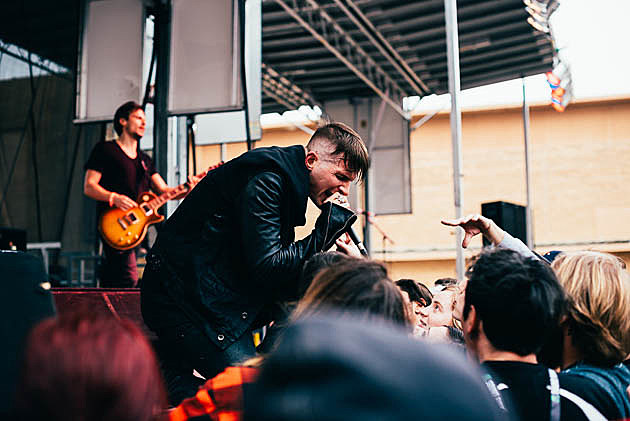 Wes Eisold was just in NYC with his hardcore band American Nightmare playing an insane show at Saint Vitus (the day after playing NJ's Skate & Surf), and he'll be returning in July for a show with his synth pop project, Cold Cave. Cold Cave plays The Wick on July 22 with killer support coming from Throbbing Gristle/Psychic TV's Genesis Breyer P-Orridge.

That show is right before American Nightmare play This Is Hardcore in Philly. AN also play Atlanta's Wrecking Ball in August.

The only other Cold Cave date announced at the moment is LA's FYF Fest. Cold Cave's next release is a compilation of his 2013 EPs and 7"s called Full Cold Moon, which is due June 16 via Deathwish. Listen to "Nausea, the Earth and Me" from that, below.