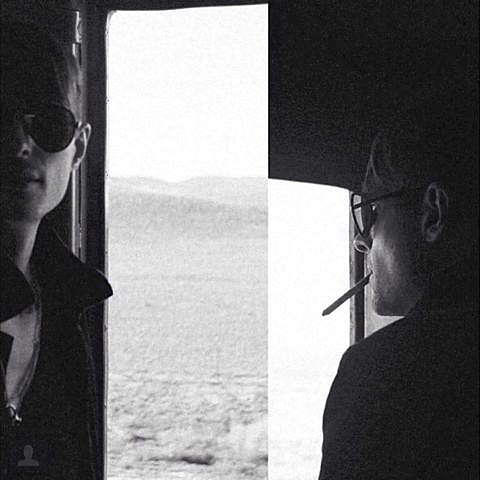 Cold Cave pushed a new song out on Facebook last night that heads further down their gothed-out path of late, titled "Nausea, the Earth and Me." Judging by CC's recent slew of seven-inches and the "coming soon via www.theheartworm.com" (Wesley Eisold's publishing imprint/record label) tacked onto the vid, perhaps we can expect to see "Nausea, the Earth and Me" on a seven-inch sometime soon too. The cover photo sure looks like it was taken on a train, and we know that Cold Cave spent a good amount of time on the Station to Station tour. Cold Cave recorded a song on that trek -- is this it?

Give it a listen and decide for yourself, it's streaming below.