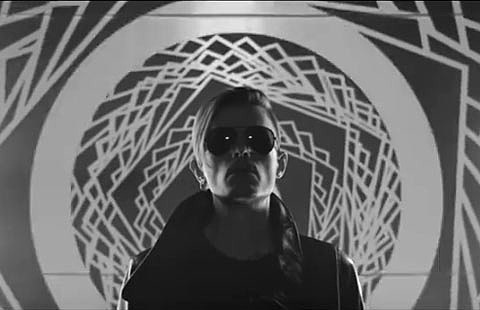 I was on tour in Europe in January of this year, with a day off in Paris. Rick Owens invited me to his menswear show. As it turns out, Cold Cave were also in town and my friend Douglas McCarthy from Nitzer Ebb introduced us. Later we joined Rick Owens for dinner and Rick suggested I black mail them somehow to get them on my record, so I sent Wesley (Cold Cave) some instrumentals and he choose the song which eventually became Black Moon.

You can check out the Colin Duffy-directed "Black Moon" video, and a Rdio stream of the whole EP, below.

Wes will be joining Black Asteroid to provide vocals for a few live dates this fall, including shows in Montreal, Chicago and one in NYC at Verboten on September 25. The night also features sets by Paul Ritch and Kevin Castro and tickets are on sale now. Dates are listed below. 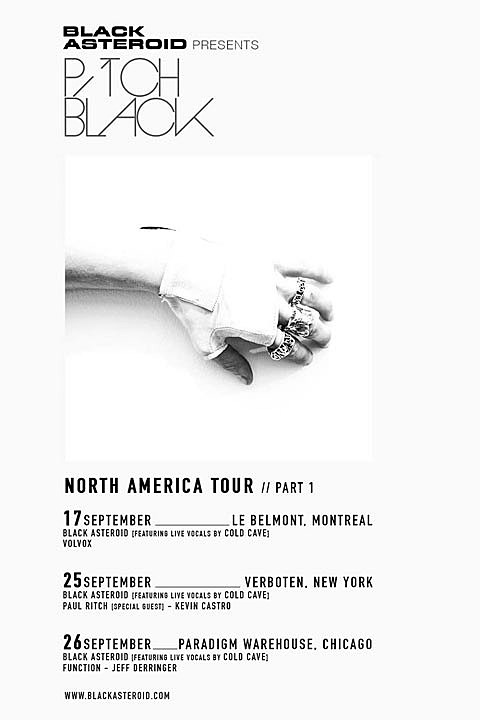