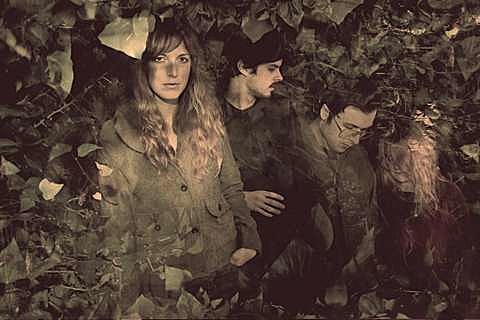 Cold Showers are teaming up with fellow gloomy synth-loving Californians The Soft Moon for a September tour that includes a NYC stop at Glasslands on 9/20. Tickets to that show are on sale now. Right after that show, both bands will head north across the Canadian border for Pop Montreal. Tour dates for both bands are listed below.

Cold Showers, who played one of our Hotel Vegan day shows during SXSW this year, have a new 7" single on Art Fag Recordings and you can stream that below.

Meanwhile, The Soft Moon recently released a collaborative, one-sided 7" with onetime Ultravox singer John Foxx which you can download at the top of this post. The band have finished recording their second album for Captured Tracks the release date for which is TBD.

The Glasslands show also features APSE side project ERAAS, who just played a show at Glasslands with Telepathe and Feathers.