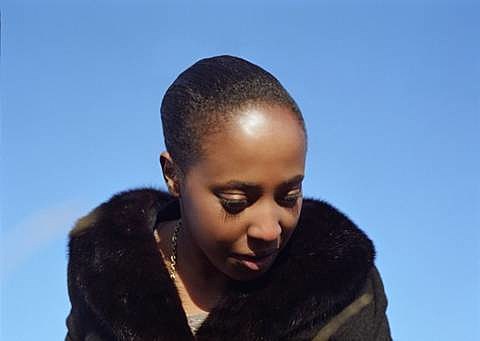 Cold Specks (aka Al Spx), whose debut LP, I Predict A Graceful Expulsion, is still in the running for the Mercury Prize is touring internationally this fall and into winter. She's in the process of revealing US dates for the tour and one of those dates happens in NYC on November 8 at Mercury Lounge. Tickets for that show go on sale Friday (9/21) at noon with an AmEx presale starting Wednesday (9/19) at noon.

Cold Specks will release the new single for her album track, "Hector," on October 15. She recently revealed a La Blogotheque Take Away Show, which she filmed in New York. You can watch the videos from that session, along with a list of all currently known dates, below.

Cold Specks | A Take Away Show | Blank Maps from La Blogotheque on Vimeo.