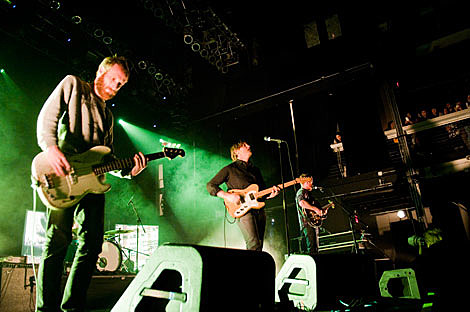 Cold War Kids have the day off in Mid-Atlantic states today, but will play Charlottesville, VA Thursday and various spots in the Southeast through middle December. On January 25th the band will welcome a new LP, Mine is Yours, via Downtown Records. They'll kick off a North American tour in support in March. That tour includes a very big NYC show, March 24th at Radio City Music Hall to be exact (same month & venue as Bright Eyes). Tickets (like Bright Eyes) are currently on AMEX presale through 9AM on Friday 12/3, and go on regular sale at 11AM that same day.

All tour dates and some recent videos below...