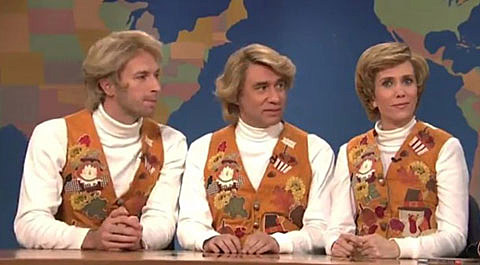 "The Secret Policeman's Ball is letting America in on the party: The British-based music and comedy festival is coming to New York in March.

Coldplay, Jon Stewart, Stephen Colbert, Mumford & Sons and Russell Brand are among the acts who have signed on for the event at Radio City Music Hall on March 4. The concert will benefit Amnesty International, as it has since it started back in 1976 with celebrities like John Cleese. Over the years, Bono, Sting and others have participated. This will mark the first time it's being held in New York City.

"For us, it's iconic and a very special thing, and has provided the opportunity to really celebrate the presence of freedom of expression and free speech, and how we can move people and how we can bring people together, and just how powerful that is," said Amnesty International spokesman Andy Hackman in an interview Tuesday. "

Coldplay also have shows coming up in NJ and other places.