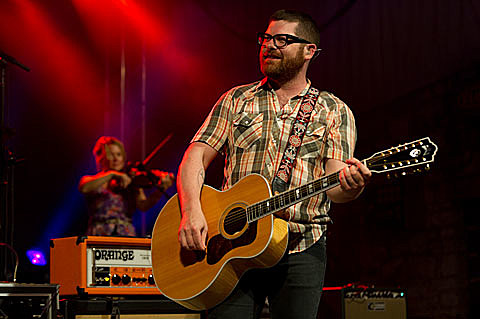 Decemberists frontman Colin Meloy was just in Rhode Island to play Newport Folk Festival (where he was joined by Black Prairie, aka the rest of the Decemberists), which was one of a few solo sets he had scheduled for summer festivals this year. He's now announced that in addition to those festival appearances, he'll be doing some solo club dates as well, including one in NYC on November 1 at Town Hall. TIckets for that show go on sale Friday (8/2) at noon. The dates are all on (or near) the east coast, but Colin says west coast dates are on the way.

When we last spoke, we posted a 15 second video of Colin and Black Prairie playing "Down by the Water" at Newport. High quality video of the full song has since surfaced. Check it out, along with a list of all tour dates, below.