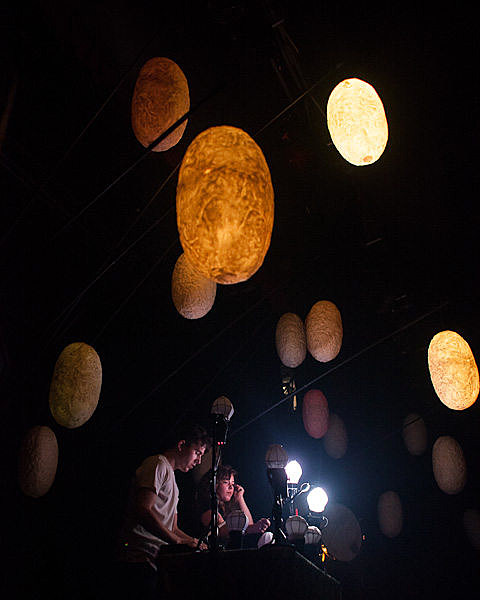 Purity Ring's debut album Shrines has been a mainstay on Best of 2012 lists, from NME and SPIN to personal lists from Freelance Whales and Bowery Presents' Josh Moore. They also had some of the more visually-striking shows of the year and were the #5 Most Blogged About Artist of 2012 according to the Hype Machine, which we're continuing to fuel with this post. Purity Ring sold out the initial NYC date of their upcoming 2013 tour, so a second Webster Hall show was added (1/12, tickets still available). They've had a big year.

But what did Purity Ring like this year? Corin Roddick, one half of the Montreal duo, gave us his unranked list of favorite songs of 2012. Did "Call Me Maybe" make the cut? Check out his list below.

Now check out 2012 Top 10 lists from Grimes and Animal Collective.