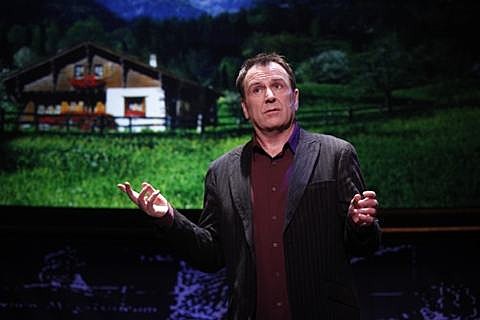 The great Colin Quinn entered my life in 1987 when I was a 10 year old MTV-addicted mouth-breather; for in 1987 MTV's first original non-musical program Remote Control premiered. Colin played co-host to the late Ken Ober. Since then I've remained interested in Colin's career; from his stint as host of A&E stand-up showcase Caroline's Comedy Hour in 1989, to his evolution as SNL writer-turned-full-time-cast-member from 1995 - 2000, to his tenure with Tough Crowd with Colin Quinn on Comedy Central, to the zillions of times I've seen him do stand-up over my past 13 years as a New York City resident, to his one-man show Colin Quinn Long Story Short on Broadway at the Helen Hayes Theatre which was directed by Jerry Seinfeld. I am not going to say that Colin's comedic output has been 100% great and consistent. Quite the contrary; Colin is a fearless performer with acres of material at his disposal and I've never seen him deterred when a bit falls completely flat. He just keeps moving right along to the next bit, unfazed.

It's not unusual to catch Colin in one of the many small room comedy showcases all over the city, but when there's an opportunity to see him do a solo, FULL SET in a small room it is definitely worth seeing. On Monday January 14 and Monday January 21 at 8:00pm at the UCB Theater in Chelsea, catch COLIN QUINN: Unconstitutional (A Work In Progress). Unconstitutional is Colin's upcoming new off-Broadway show and these intimate performances at the teeny UCB Theater serve as a way for Colin to exercise the material in front of live bodies to see what sticks. These shows cannot be missed and are sure as shit gonna sell out fast so get your tickets NOW!