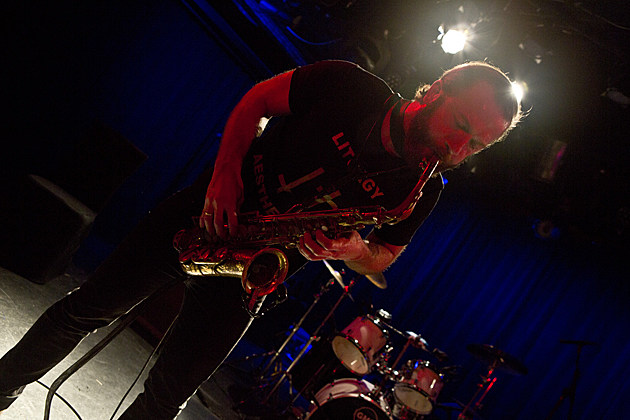 Colin Stetson is releasing his first solo album in three years, SORROW, on April 8 via Kartel Music Group. This album is based on Henryk Górecki's Symphony No. 3, with a more contemporary twist. According to Colin, it has elements of "black metal, early electronic music, and from my own body of solo saxophone music." The album also includes some guest contributors, including Liturgy drummer Greg Fox (who he's collaborated with before) and Arcade Fire's Sarah Neufeld (ditto).

He'll be coming to NYC to play SORROW at Le Poisson Rouge on April 18 with Justin Walter opening. Tickets are on sale now.

More tour dates are possibly TBA, but he also has a few European shows scheduled and it was hinted that he'll play this year's Eaux Claires Music Fest in August.

All announced dates are listed below, along with the trailer for SORROW and an extract of the album...

** = with Lau and Sarah Neufeld