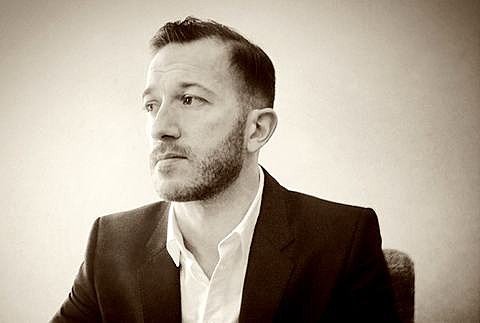 A few weeks ago, we mentioned that John Zorn, Bill Laswell, and Dave Lombardo will be playing some dates together this spring. As unusual as that collaboration is, here's another that might be even weirder: saxophonist Colin Stetson, who's worked with Arcade Fire, Tom Waits, Bon Iver and others, will play a set with bassist Trevor Dunn (Mr. Bungle, Secret Chiefs 3, Tomahawk) and drummer Greg Fox (Guardian Alien, ex-Liturgy) at Brooklyn's Grand Victory on February 9. IV, Daniel King, & Jeremiah Cymerman will provide support; tickets are available. Stetson has evidently worked with Dunn before, but it's still anyone's guess as to what this'll actually sound like. It's also an unusual opportunity to catch Stetson in close quarters; the bands he tours with most often rarely play in such cozy venues.

Speaking of touring, Stetson has some other live appearances in the offing. He's in Australia as we speak and will be back in North America for shows, including the aforementioned Ecstatic Music Festival on March 22 and the Big Ears Fest in Knoxville, TN. Check out all of Stetson's upcoming dates (and a few tunes) listed below.

Stetson's Constellation Records labelmate and sometimes collaborator, Sarah Neufeld (Arcade Fire, Belle Orchestre) will be in NYC for a show at The Kitchen on February 14. Tickets for this Valentine's Day show are on sale now. Neufeld, whose Hello Brother, came out last summer, has an Austin show coming up at Lambert's too. Datesare listed with everything else below.

Guardian Alien's most recent show was the final night at 285 Kent.