"Colleen's live performances tenderly assuage these dichotomies, staking out emotional gray areas swathed in layers of pink, as she caresses a violin, plucks at strings, and turns her smiling eyes from beneath her bangs to the crowd, which looks on in astonishment." [Flavorpill] 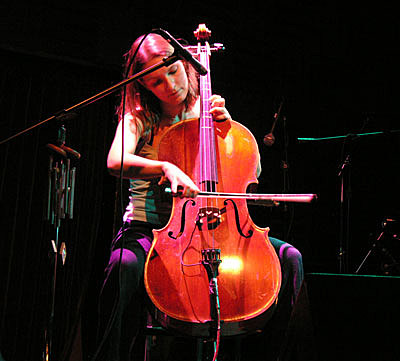 "With a strong knowledge of current rock and electronic music, Cecile Schott (Colleen) draws on late 16th-Century lute songs by John Dowland (from whom the new album, The Golden Morning Breaks, takes its name), 17th-Century compositions for viola da gamba (an ancestor to the cello), 20th-Century composers, kora techniques of West Africa, and Indonesian folk and gamelan to create singularly captivating minimal compositions that combine the tenants of Early Music with contemporary experimentalism." [Joe's Pub] 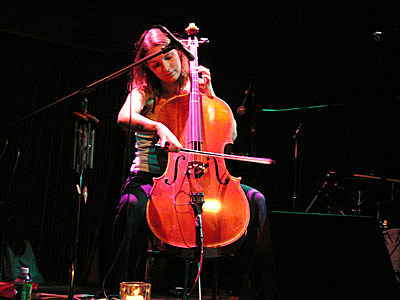 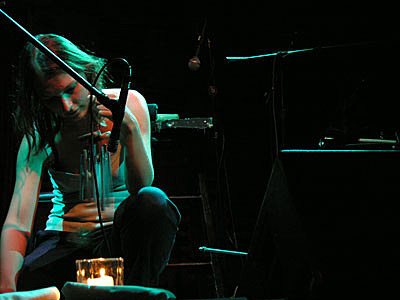 Colleen doesn't sing. She just plays. You can stream her album on her website. 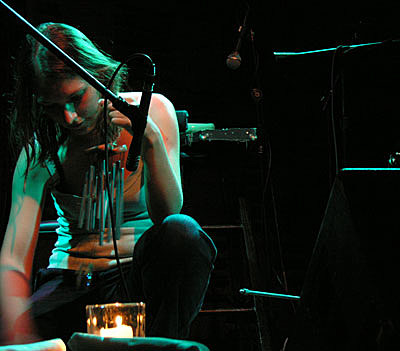 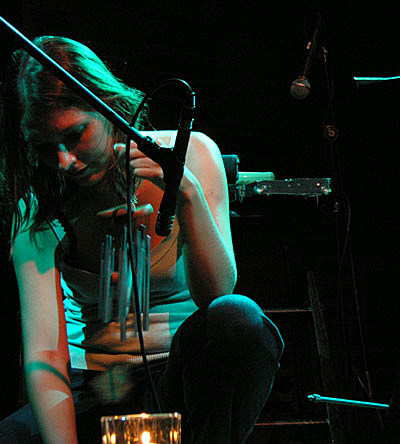 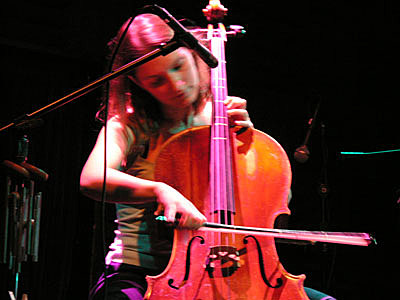 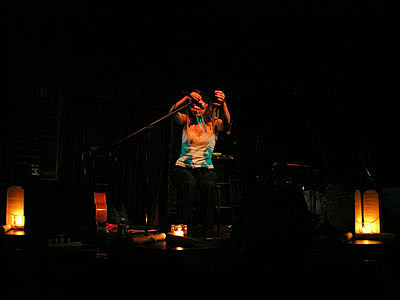 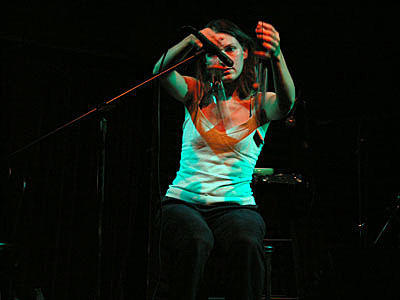 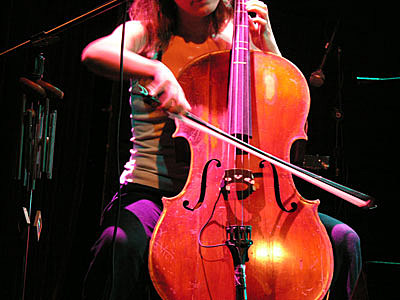 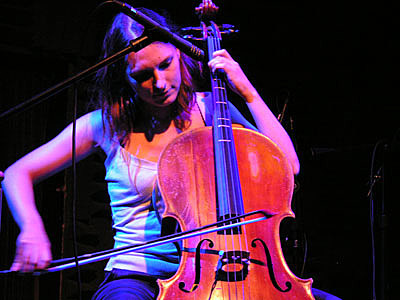 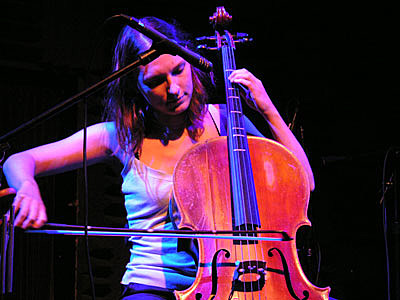 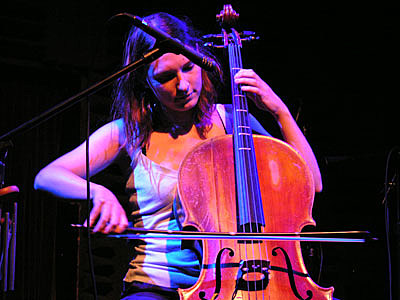 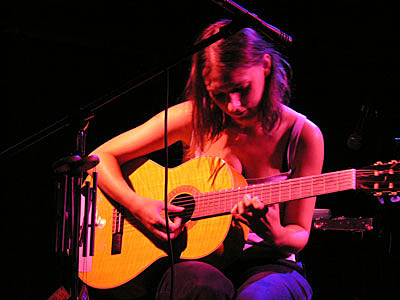 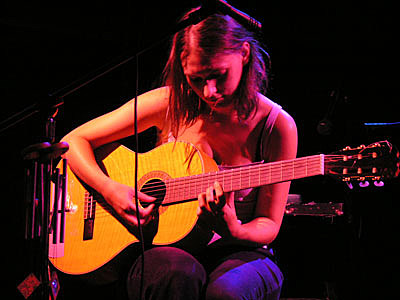 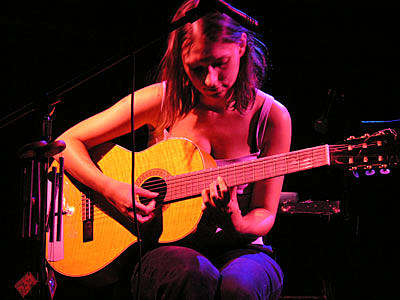 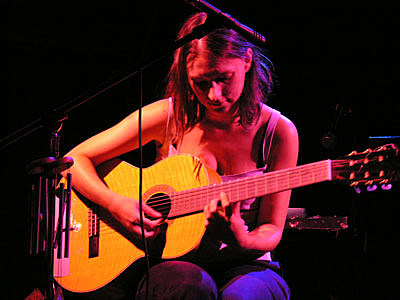 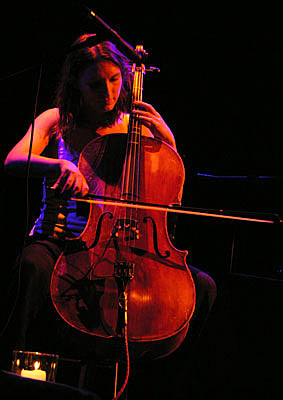 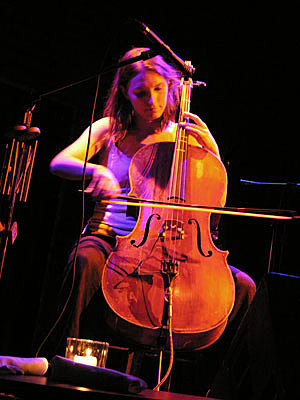 Colleen plays Glasshouse Gallery in Brooklyn on Tuesday August 16th, 2005 (one day after her free Other Music instore), which is in addition to the Hawk and a Hacksaw/Colleen dates I previously posted.