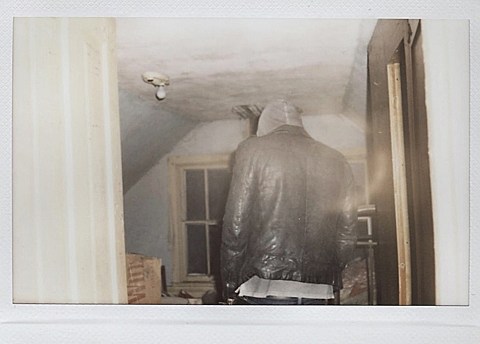 Ambient/electronic Dallas musician Color Therapy is releasing his debut album, Mr. Wolf Is Dead, next week (3/24) (pre-order), and while you may not be familiar with Color Therapy, there's a good chance you know some of the album's guests, The Album Leaf, Ulrich Schnauss, Helios and Hammock. if you like those artists, you'll probably dig this too. The album's full of chilled-out late-night jams that structurally recall post-rock but sound more like Tycho, the Drive soundtrack, or an instrumental M83. A full stream of the album premieres below.

Album track "Screw Eyes" was recently remixed by Dntel, and Color Therapy himself remixed Mogwai's "Heard About You Last Night." You can stream both of those below too.

Speaking of The Album Leaf, they're playing some shows this year including a free NYC show on April 18 at Brooklyn Night Bazaar with The Tablets and Han Demo. All of their dates are listed below.