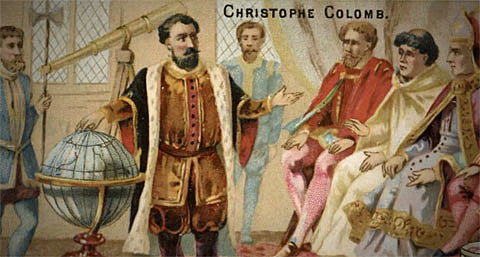 Happy Columbus Day, to those who still believe in and celebrate the fake holiday.... that John Oliver hilariously dissected on his HBO show, Last Week Tonight, as you can watch in the video below.

Meanwhile, Oliver has just announced he'll be performing at Beacon Theatre on January 30. Tickets go on sale Friday (10/17) at 9 AM with local and Chase cardmember presales starting Wednesday (10/15) at 10 AM.

--
John Oliver: Columbus Day - How Is That Still A Thing (HBO)