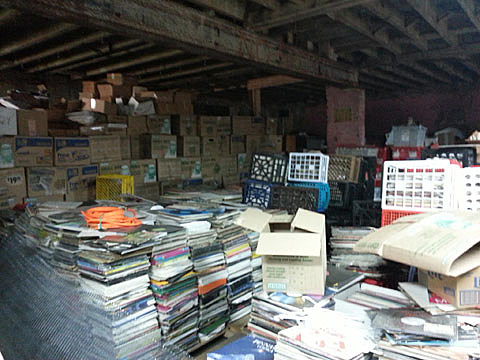 RJD2's NYC New Year's Eve show at Gramercy Theater, which is on sale now, will be with Com Truise and Chrome Sparks (who will DJ). Chrome Sparks (not to be confused with Chrome Canyon or Chrome Cranks) meanwhile can be found at Glasslands on 12/14 with producer Gigamesh (whose tour also brings to the Delancey one night earlier). Com Truise has no other shows scheduled at the moment.

RJD2 recently created a Spotify playlist of songs he's been listening to lately, and filmed a new video as part of T-Mobile sponsored series called "Life Without Limits". In it he talks about his career, and basically how he lives his life. You can watch that, along with more dates for artists mentioned above, below...

P.S. the picture taken at the top of this post was actually taken HERE.