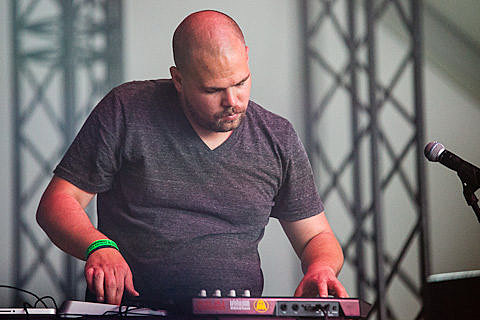 Com Truise (aka Seth Haley) plays NYC a lot, but it's usually at venues like Music Hall of Williamsburg and Gramercy, so it should be a pretty intimate night for Com Truise fans when Seth plays a solo live set at Glasslands on February 22. Not to mention there will be an opening set from Beacon, along with one from Nitemoves (not to be confused with Domino-signed band Night Moves) and DJ duties being covered by Heathered Pearls. Tickets for that show are on sale now. His only other dates that we're aware of at the moment are in Honolulu and LA.

Nothing formal has been announced yet, but on New Year's Day Com Truise posted a facebook status saying that he's "looking forward to bringing you lots of new music this year." Meanwhile, you can stream his 2012 single, "Chemical Legs," and check out a list of all upcoming tour dates below...