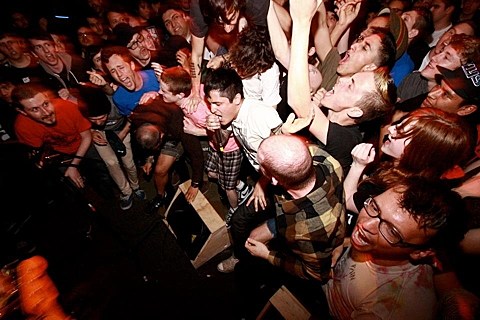 Thanks to everyone who has ever been involved with something that we did. Our debt of gratitude can never be repaid and we can not be more thankful for the experiences that we had and the friends that we made along the way. We apologize to those who were expecting to see us in Europe and all around the US this summer, but this West Coast tour will be the last tour that we do in the foreseeable future (a final show in the Bay Area will most likely be done afterwards). Thanks again and much love. Sincerely, the same 5 people who started this band.

The above statement is the unfortunate news that Comadre posted to their facebook today announcing their break-up. They formed the band in 2004 and released their fourth (and final) album, simply titled Comadre, earlier this year. It's one of the strongest albums I've heard this year so far, and if you haven't given it a listen yet, it's a very deserving record.

I hate to go down the route of comparing an album this unique to other bands, but if you want an idea of how it sounds, picture Neutral Milk Hotel/Arcade Fire-style indie rock but with harshly screamed vocals more akin to Circle Takes the Square, The Blood Brothers, or Trophy Scars. And while clean vocals in post-hardcore can too often veer towards pop, when they do show up in this album (which isn't often), they're sung with a gothic/post-punk baritone.

Comadre will be going on one last farewell tour at the end of this month into April, but unfortunately it only features West Coast dates. The tour flyer with all dates, a Spotify stream of Comadre, and a video below... 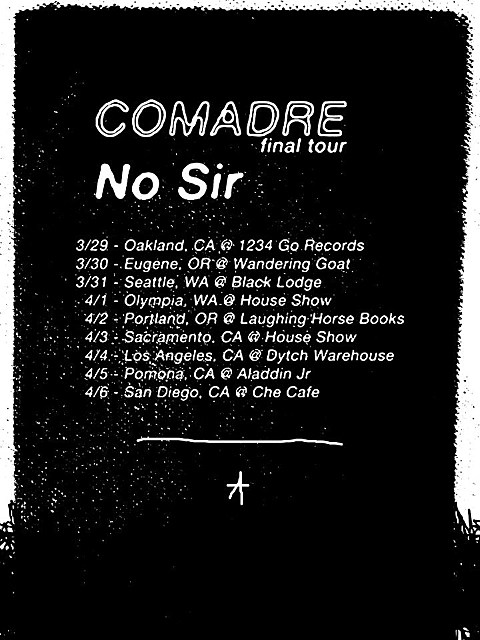