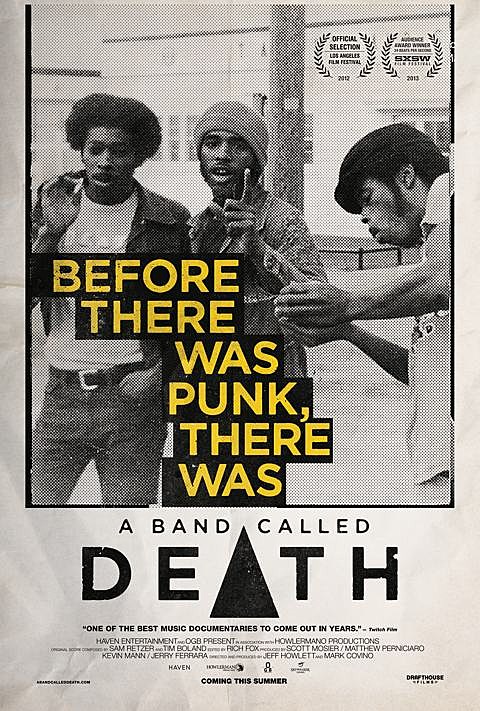 Before Bad Brains, the Sex Pistols or even the Ramones, there was a band called Death. Punk before punk existed, three teenage brothers in the early '70s formed a band in their spare bedroom, began playing a few local gigs and even pressed a single in the hopes of getting signed. But this was the era of Motown and emerging disco. Record companies found Death's music - and band name - too intimidating, and the group were never given a fair shot, disbanding before they even completed one album. Equal parts electrifying rockumentary and epic family love story, A Band Called Death chronicles the incredible fairy-tale journey of what happened almost three decades later, when a dusty 1974 demo tape made its way out of the attic and found an audience several generations younger. Playing music impossibly ahead of its time, Death is now being credited as the first black punk band (hell...the first punk band!), and are finally receiving their long overdue recognition as true rock pioneers.

A Band Called Death opens June 28 in limited release around the country, including NYC's Cinema Village (tickets) and then at Nitehawk Cinema in Williamsburg and MIST Harlem Cinema starting July 5. Check out the full list of cities and theaters below.

You don't have to wait that long to see it, though. BrooklynVegan is excited to be presenting a screening which will happen at Williamsburg Cinemas on June 20 at 10 PM, part of the Northside Film Festival. Our screening has limited FREE tickets but do note that a ticket does not guarantee entry. First come, first served, so come early with your ticket to make sure you get in. Limited Northside badges will also be let in. Hope to see you there!

Back in March, A Band Called Death screened at SXSW where the band played two shows, one of which was one of our day parties. As mentioned, Death will play here in NYC on July 1 at Le Poisson Rouge and tickets for that are still available.

A full list of current screening dates and a trailer for the film below...