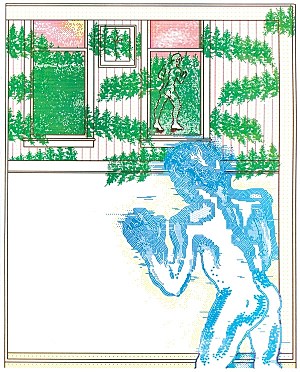 As you know, BrooklynVegan presents a 3-band lineup consisting of BOBBY, Alex Bleeker & the Freaks, and Prussia at Knitting Factory in Brooklyn on May 5th aka Cinco de Mayo (aka tomorrow). Tickets are still on sale.

Honestly, the show just happened to fall on Cinco de Mayo, but since it did we decided to join in on the festivities by adding an open bar pre-party that is open to all 21+ BOBBY ticketholders. The concert start at 8pm, and we'll be serving free Hornitos Tequila cocktails in the Knitting Factory front bar from 6-8 to all 21+ ticketholders who show up (you can also buy a ticket when you get there) (they're only $10). Come party.

And in honor of Cinco De Mayo, our pre-party sponsor Hornitos Tequila is also hosting a Mariachi Mashup contest that will give bands a chance to win $10,000 - for full details visit the Hornitos Facebook Page, but it involves covering one of five songs, "Young Folks" by Peter Bjorn & John, "Little Secrets" by Passion Pit, and "Surrender" by Cheap Trick included. Cheap Trick also made their own mashup/cover to kick off the contest, which you can watch (short and long version), with our party flyer, below... 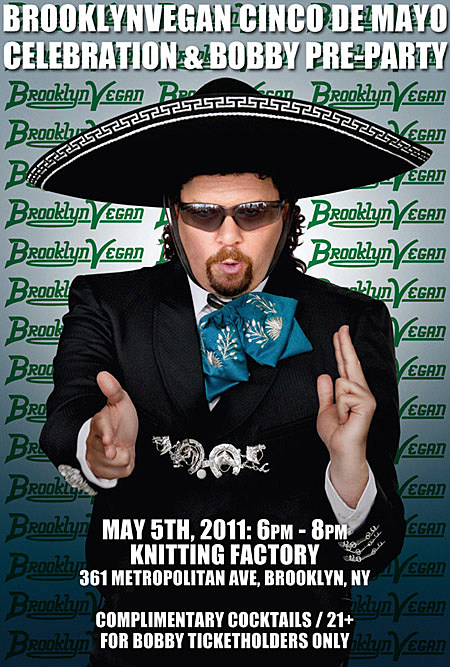