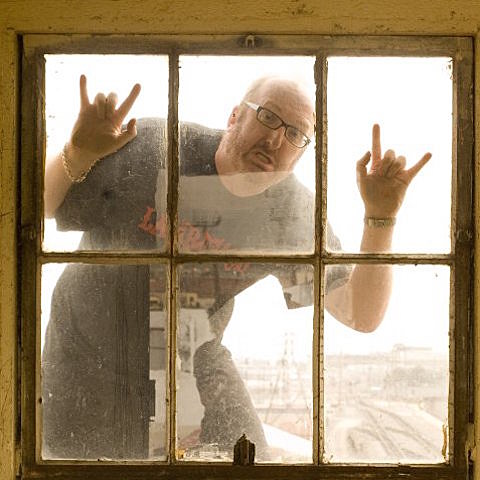 Comedian and serious metalhead Brian Posehn is apparently hard at work on a new metal/comedy album, following up his albums Fart and Wiener Jokes and Live In: Nerd Rage that were both released on Relapse and mixed standup with metal songs. This new thing doesn't have a name yet, but it's going to be on Megaforce records and will feature contributions from Brendan Small of Metalocalypse, Scott Ian (Anthrax), Chuck Billy and Alex Skolnick (Testament), Gary Holt (Exodus, Slayer), Kim Thayil (Soundgarden), and hopefully (though this hasn't happened yet) Phil Anselmo.

All this info comes from an interview that Brian did with Metal Injection, where he also discusses his starring role in the new Christmas comedy Uncle Nick, which was executive produced by Academy Award-winning documentarian Errol Morris, of all people, and is out now.

Check out the interview, the trailer for Uncle Nick, and the video for Posehn's "Metal By Numbers," below...