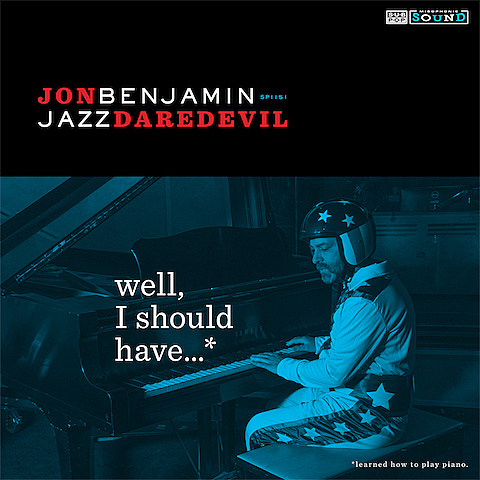 Comedian H. Jon Benjamin is releasing his first musical project, a jazz album called Well I Should Have...* (*Learned How to Play Piano), which comes out Friday (11/27) and is available right now digitally via Sub Pop. The LP has six songs, four of which are called "I Can't Play Piano." In a promotional video about the making of the album, Jon makes it clear that he really can't play piano, and saying "in hindsight, I don't think it was the best idea in the world." The video features actual jazz musician Odean Pope and you can watch it below.

The album, meanwhile, was mixed by Loren Bouchard (Bob's Burgers, Home Movies) and Jon is accompanied by Scott Kreitzer (saxophone), David Finck (bass), and Jonathan Peretz (drums). The album's opening skit, Deal with the Devil," features Aziz Ansari (Jon had a part in Master of None) and Bob's Burgers co-star Kristen Schaal. You can listen to that, and two of the "I Can't Play Piano" tracks, below.

Benjamin also recently reprised his role as a talking can of vegetables on Wet Hot American Summer and showed up at the Sub Pop CMJ showcase, so now his appearance there makes a lot more sense.