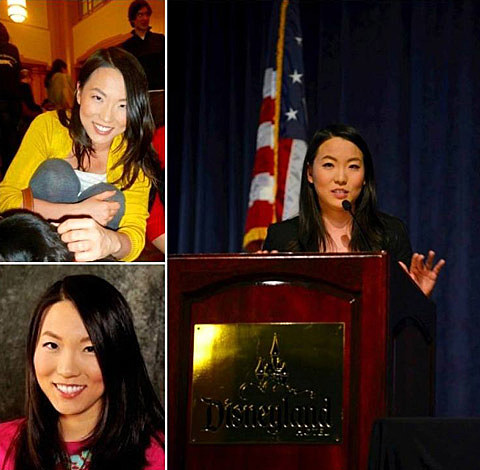 The act of writing a missing person article feels like a supreme exercise in futility, especially in a city as big as New York. Conversely, being complacent when you know someone is missing and not taking advantage of the reach of the internet to seek help is inexcusably lazy. My comedy-centric Facebook profile has been alight with the sad news that former NYC comedy staple / current dental student at Columbia Jiwon Lee has been reported missing since Tuesday April 1st, 2014:

She was last seen at 8:30pm on Tuesday April 1st at her apartment on W 98th street. Please call Crime Stoppers with any information 1-800-577-TIPS (8477). You can also submit tips by logging onto the Crime stoppers website at WWW.NYPDCRIMESTOPPERS.COM or by texting tips to 274637 (CRIMES) then enter TIP577. All calls are strictly confidential.

Prior to basically hanging up her comedy spurs to focus on higher education and a solid career, Jiwon was a familiar face on the comedy scene for years. There was a time when I saw her name appear on so many upcoming comedy calendars it was ridiculous. A little more on her from a 2009 New Young Comedians profile:

She graced the stage of NYC's regional finals in Comedy Central's 2007 Open Mic Fights, could be seen in action on a date on AMC's Date Night, quipped with the Sklar Brothers on ESPN Classic's Cheap Seats, ranted on Air America, and regularly commented on ImaginAsian TV. Jiwon performs in NY's best comedy clubs, including Stand-up New York, Caroline's on Broadway, Comix, and the Laugh Lounge. She also enjoys doing comedy in the non-comedy club rooms of New York such as Moonwork, Invite Them Up, and her own monthly show, "Jiwon Lee's Trivial Comedy." Jiwon was a winner of NBC's 2005 Standup for Diversity, which was a nation-wide search for the top ten comedians.

Her disappearance has family, friends, and colleagues at an absolute loss. Right now it appears that the NYPD are doing everything they can, but family and friends are pooling their resources to get a private investigator on the case as well. You can donate to that cause here. There is also a Facebook page set up and the Columbia Spectator has news of the disappearance as well and is sure to keep readers updated as developments arise.