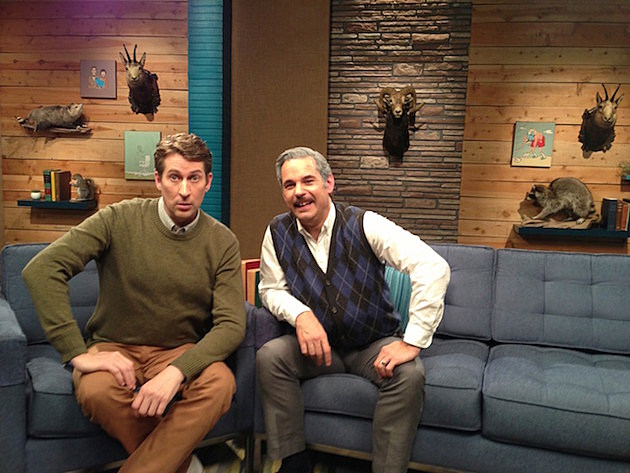 As mentioned Scott Aukerman is taking Comedy Bang! Bang! on the road with Paul F. Tompkins, Lauren Lapkus, and Neil Campbell along with him and dates include an early and a late show at NYC's Gramercy Theatre on May 13. Demand is high -- our presale sold out -- and they've added a second night at Gramercy Theater on May 14 with an early and a late show too. Tickets for the 3/14 EARLY SHOW and LATE SHOW are also on BrooklynVegan presale -- use code BVBANGBANG.

Tickets for both nights (four shows total) go on sale to the general public on Friday (2/12) at noon.