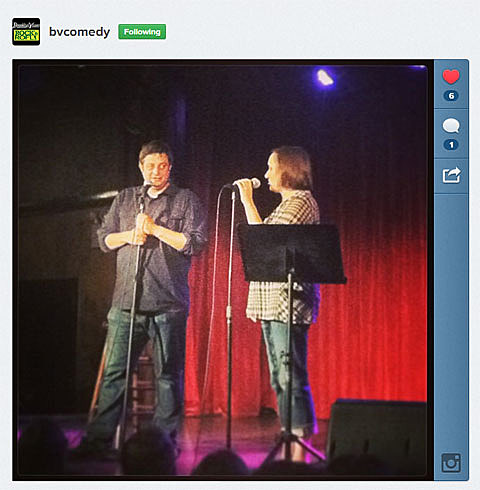 Wednesday night at The Bell House in Brooklyn, Eugene Mirman and Sarah Vowell hosted a comedy fundraiser for Dave Egger's nonprofit organization 826NYC (head there for more information and to donate). The co-hosts gave advice to audience members, collected donations for the organization, and told stories of police muggings in Mexico. Along with Mirman and Vowell were a handful of great stand-ups. Even though John Oliver cancelled due to a flight delay, Mike Birbiglia, Daniel Kitson, and Reggie Watts still brought down the house.

Reggie played again last night - a sold out show at Mercury Lounge. How was that one?

Don't worry if you missed the shows though - Reggie Watts is playing a ton more this week and next in NYC and beyond. Currently in Chicago, Reggie is back in NYC on July 15 when you can catch him at that night's edition of Wyatt Cenac's weekly show Night Train at Littlefield. On Thursday, July 18, he's playing another weekly show, this time alongside Late Night with Jimmy Fallon writer Mike Drucker at UCBeast's Fresh Out!. On July 21 he has a spot on Laughter in the Park's Washington Square show.

Prefer the comfort of your own home? TONIGHT (July 12), Reggie returns to IFC along with Scott Aukerman for the second season of Comedy Bang! Bang!. Guests on this season include Aziz Ansari, Andy Samberg, and many more. 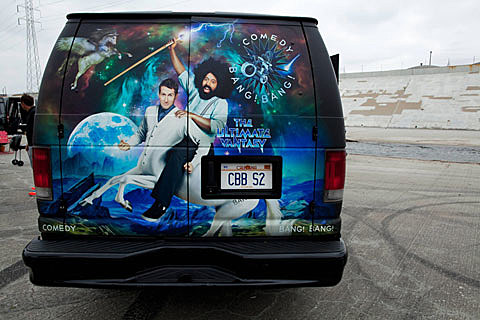 Watch a recent interview with Reggie below....