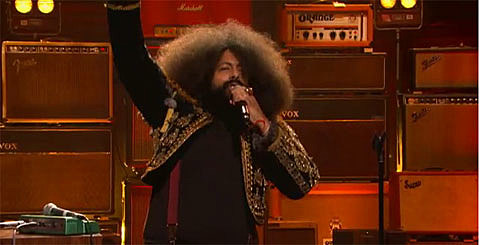 As a longtime fan of the great Mike Birbiglia, I always do my best to spread the word whenever I hear of an upcoming NYC Birbigs happening. The other day someone forwarded me a Ticketweb link to a show happening at the Highline Ballroom on Sunday December 2nd called 'Inside Jokes': a benefit for NYWC's Justice Writing Program featuring Mike Birbiglia. "Sweet. Article time," thought I. So I go to get started on a quick write-up for BV, head over to the ticketweb link and, KABOOMsky... no more Birbiglia. Turns out, he is no longer on the bill but other Klaus favorites Janeane Garafolo, Dave Hill, Eugene Mirman ARE on the bill as are Special Guests. Could Birbiglia be a special guest? One wonders. Either way, it's a great line-up regardless, and the charity NYWC is more than worth some of your time and money.

NYWC creates opportunities for formerly voiceless members of society to be heard through the art of writing. We provide free, unique and powerful creative writing workshops throughout New York City for people from groups that have been historically deprived of voice in our society, including at-risk and disconnected youth, the homeless and formerly homeless, the incarcerated and formerly incarcerated, war veterans, people with disabilities, cancer and major illness, immigrants, seniors and others.

Your man Klaus is a big proponent of literacy and of allowing the voices of the "historically deprived" to be heard, one way or another. Standard GA and VIP tickets are currently onsale, and there a field for an optional "access code" (anyone know what it is?). Great show for a great cause. Get on it!

Meanwhile, you can catch Janeane Garafolo (and Reggie Watts and others) on 11/1 at Todd Barry's 25th Anniversary in Comedy show at the Bell House, if you have a ticket because it's now sold out. Tickets are still available however for the Tell Your Friends! The Halloween Spooktacular with Gilbert Gottfried, Myq Kaplan, Liam McEneaney, Rena Zager, and more at the Bell House on 10/30.

Louis CK, who recently released a live Tig Notaro album, hosts SNL soon and is meanwhile in the midst of his NYC run of live shows.

Speaking of Reggie Watts, he was on Conan last night. Watch below...