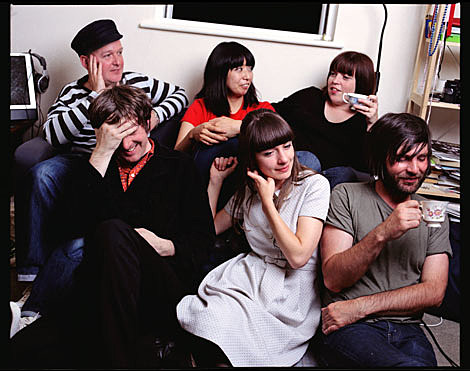 UK indie legends Comet Gain are playing their first NYC show in ages at Music Hall of Williamsburg on April 12 (Easter Sunday) with Cold Cave. Mixing shambly pop, slashing Buzzcocks-style rockers and forays into Northern Soul, Comet Gain have been a big influence on loads of bands over the last 17 years, and are held in the same esteem in some circles as Beat Happening, the Pastels and Television Personalities.

Comet Gain almost never play the U.S. The last show I can confirm was one at NYU in 2000. The band scrapped a planned tour here in 2006 on the back of their last studio album, City Fallen Leaves. (The above MP3s are from their 2002 album, Réalistes, which came out on Kill Rock Stars.)

Comet Gain's most recent releases were a limited 7" single that came out last week and last year's odds-and-sods compilation Broken Record Prayers which is coming out in the U.S. via What's Your Rupture on March 24, 2009. Full tracklist for that, along with the video for one of 2008's best singles, "Love Without Lies", below.

What's Your Rupture? is proud to present Broken Record Prayers on compact disc, digital download, and double-vinyl formats, featuring six unreleased tracks (two of which, "Love Without Lies" and "Books of California," will be issued, for completists, as a limited edition seven-inch single).

Tickets to the MHoW show are now on sale. The only other U.S. dates announced at this point are Black Cat in Washington DC on April 8 and at Kungfu Necktie in Philadelphia on April 9 which is also on sale. And like I said, they never play America so don't miss out. 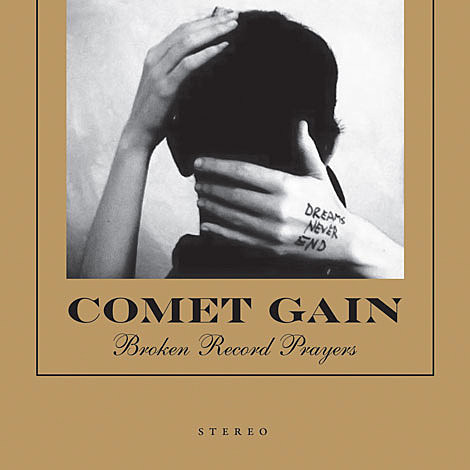