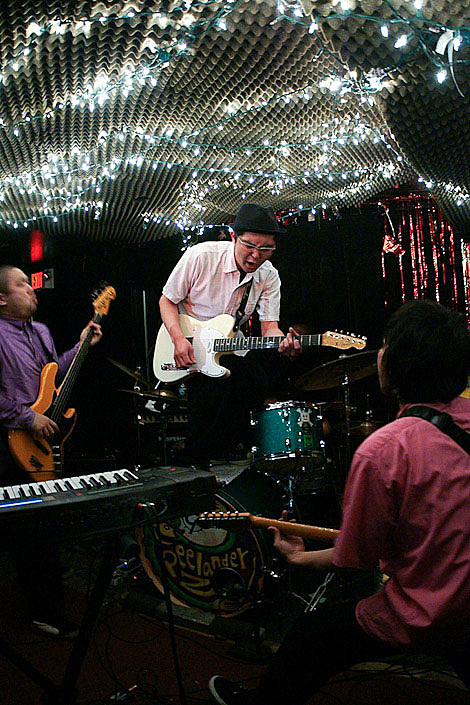 Japanese post-punks Zazen Boys, who last visited NYC in March '09, will be in New York soon for a pair of shows. The band plays Irving Plaza on October 10th along with Puffy Amiyumi, Boom Boom Satellites and Echostream. That gig has been dubbed "Far East To East Showcase" (it's being put on by promoters Superglorious). Tickets are on sale.

Then on October 12th Zazen Boys play Pianos along with Wolf Gang, DZ and Zebra and Snake.

Videos of the group live are below...